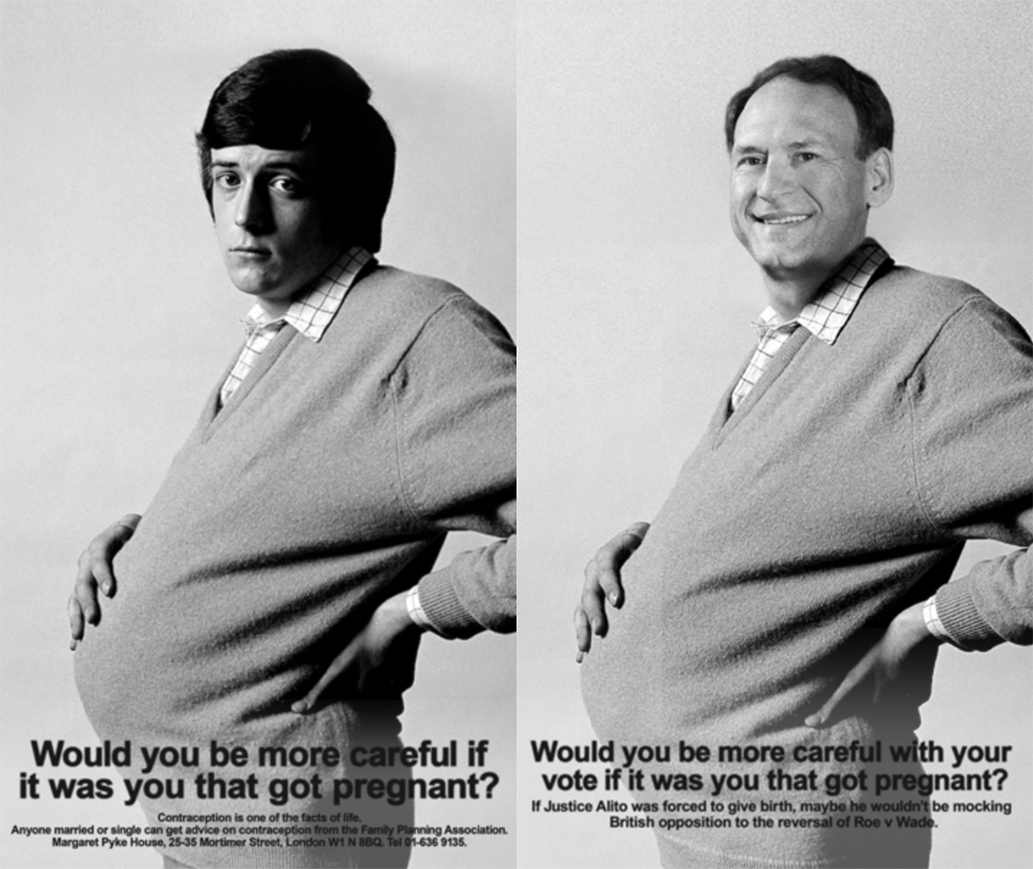 The ‘Would you be more careful if it was you that got pregnant?’ campaign was the very first advertisement Saatchi & Saatchi London created in 1970 for the Health Education Council. One of the agency’s most famous creative campaigns is still absurdly relevant in the wake of the overturning of Roe Vs Wade, effectively removing the right to an abortion from the US constitution and placing it in the power of state legislatures.

The question of how men would behave, think or even vote if they were the ones who got pregnant is a conversation that is again timely. Saatchi London believes there’s never been a more important time for creativity to impact culture and society. With this in mind, the agency has reinterpreted a classic statement for modern action. In light of the landmark ruling of Roe Vs Wade, the iconic Saatchi & Saatchi advertising campaign ‘Would you be more careful if it was you that got pregnant?’ has been re-imagined with the face of US Supreme Court Justice, Samuel Alito, with a ‘Would you be more careful with your vote if it was you that got pregnant?’ headline.

Alito has a long track record of opposing abortion rights and has voted to uphold every abortion law the supreme court has considered since his confirmation in 2006. Alito has since been reported to have mocked Prince Harry and Boris Johnson’s criticism of the ruling.