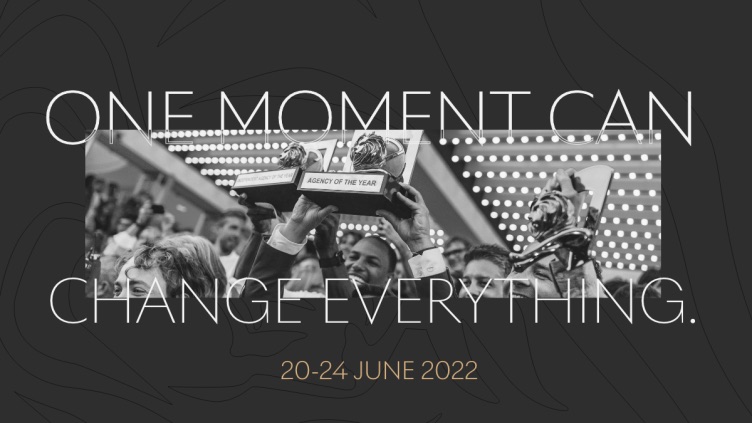 At some point at every Cannes Lions festival I’ve attended, I’ve watched a conversation happen among a group of marketing and advertising people.

They’re all there to celebrate and be inspired by the best marketing creativity the world has dreamt up over the past year. But something’s off.

Amid the oohs and aahs, a hero-in-waiting bravely speaks.

He (it’s always a he) sombrely inquires as to whether we are sending the industry the wrong signals by awarding and celebrating creativity like this.

After all, are we really here to be ‘creative’? Are we not really here to create business growth? How will marketing ever be seen as credible and commercially worthwhile if we’re pedestalizing acts of creativity without being sure if they’ve produced any actual commercial benefit for their client’s brands?

What if, horror of horrors, awards are being given to campaigns that are very creative but aren’t very effective?

Our hero soars toward a crescendo. We should be recognizing genuine outcomes. Those that… wait-for-it… CFOs would look kindly on.

Creative awards are fast becoming irrelevant, he opines. Lions should be… (reveals breathtakingly seminal panacea for our industry)… a festival of marketing effectiveness and business growth.

His proclamation almost has an exclamation point at the end, but stops just short, displaying the perfect amount of judicious wisdom.

“A festival of marketing effectiveness and business growth, Cannes Lions should be.”

Sometimes he even pronounces Cannes ‘Carns’, which I particularly enjoy.

The other ‘adults’ in the room nod gravely. Some applaud. A few of the ‘children’ in the room temporarily become adults as they too adopt a posture of sagacity, nod, and murmur again.

Problem solved. We can all now drink rosé with consciences clear. “Sabrina, can you please ensure that’s recorded in the minutes? Merci beaucoup.”

There’s never quite enough time for me to respond, as the conversation quickly turns to how brands can authentically demonstrate their purpose to Gen Z’s in the metaverse.

But I do have a response. I’ve spent my career studying creativity and how it interacts with commercial effectiveness, and I’ve thought a lot about the role of creative awards.

I’m not a ‘creativity for creativity’s sake’ guy. I’m from the school of BBH, whose mantra was ‘Our objective is effectiveness. Our strategy is creativity.” 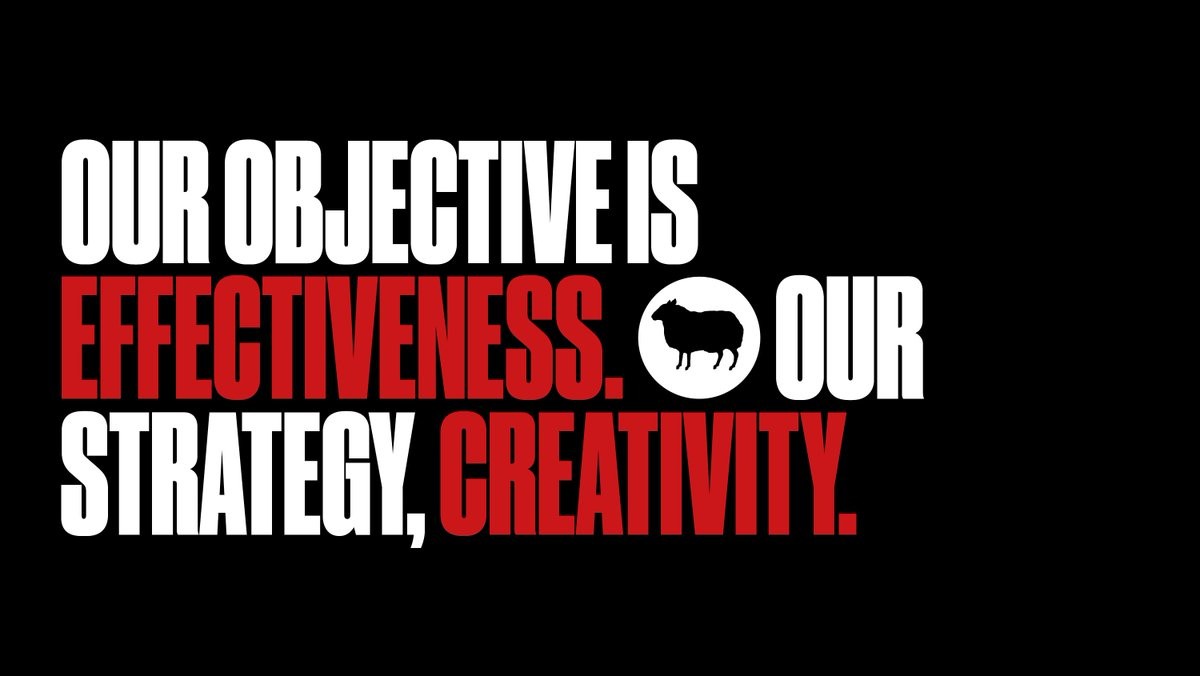 And I believe that marketing largely misunderstands the value of creative awards.

It’s all too easy to take a cynical, superficial view of creative awards – that they are a collective reach-around whereby creative people jerk other creative people off for getting asinine acts of entertainment past unwitting clients in the interests of having ‘executive’ added to their job title and a zero to their remuneration.

Without a care in the world for whether or not their campaign contributes any real business outcomes.

That the only ‘value’ of creative awards is yielded by creative people, their egos and their careers.

That our industry should instead be focused exclusively on the only awards that truly matter – effectiveness awards.

This is a squarely narrow-minded and short-sighted view.

It isn’t that effectiveness awards aren’t equally important. They are.

But while effectiveness awards reveal what has been effective in the past, creative awards give us critical insight into what will be effective in future.

For a brand to be, in the language of Kantar, ‘salient, meaningful and different’, it cannot simply repeat its marketing approaches ad nauseam.

To stand out (be salient) requires originality. Zigging where others zag draws attention in a cost-efficient way. Yes, salience can also be bought with enormous sums of media budget, but show me a CFO that likes that idea.

And to be meaningfully different, a brand needs to project meaningful difference. That is, show that they’re thinking and doing things differently to their competitors. Which also requires originality.

The thing is, originality has a shelf-life. Once our marketing community begins to view an approach as effective, they inevitably copy that approach. Which is why most of the marketing in most categories is practically indistinguishable at any given point in time. One brand does something original, other brands see it and copy it, and the originally original brand no longer stands out or appears different.

The only remedy is to take another step forward. Find a new original approach.

And this is why clients hire creative agencies. The primary value of creative agencies is not in producing advertising – it’s in discovering fresh creative ideas and approaches that have the ability to engage a jaded consumer who is bombarded daily by advertising and blocks almost all of it out.

What creative awards do is surface the best and newest advertising thinking – so that agencies and marketers can see what’s newly possible, and use that as inspiration to rethink their own approach and plan toward the new ways they’ll need to engage their consumers in the coming year.

And here’s the bit that most of the industry misunderstands.

Those newly original advertising ideas and techniques are almost always pioneered at the edges. On small campaigns, often for small clients. In places where the risk appetite is commensurate with experimentation.

So they test them out in small ways first.

It isn’t that those experiments weren’t effective – it’s just rarely measurable, or the client appetite to spend money on measurement is non-existent.

Now, these experiments are usually very creative. And this means that they’re more likely to win creative awards. Because creative judges are looking for highly original approaches that move our industry forward.

So they’re awarded, and they are brought to the surface for all to see.

The short-sighted among us agonise over whether they should have been awarded.

The long-sighted among us get to work, incorporating these new styles of thinking at the edges into the bigger briefs they have on their desks.

I’ll give you an example, from the agency I used to work at – Colenso BBDO.

Colenso has always been a very creative agency that has been unafraid to experiment.

Way back in 2003, Colenso made a small campaign for their broadcasting client TV3. It was for a show called ‘The Invisible Man’.

The idea was to send a dog through Auckland’s CBD, with a special leash attached to it that stuck up as if the dog were being walked by an invisible man. 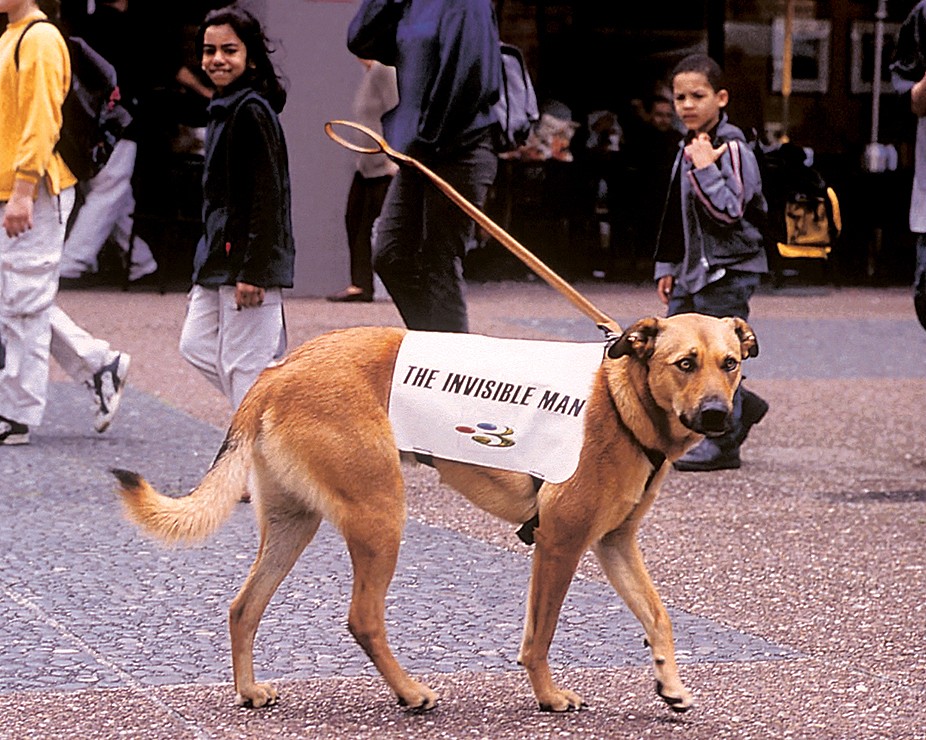 The work won a Lion.

Cue outcry. How could this scammy little stunt win a Lion? Have we gone mad? Why are we awarding things that obviously have no commercial value? The industry is going to the dogs (sorry). Creative awards are losing all credibility and relevance. Woe, woe is us.

In those days, Colenso was experimenting with new approaches. New ways to reach consumers that went beyond TV campaigns and print ads. Colenso’s clients were intrigued but cautious. Okay, we’re not going to let you bet the whole TV3 brand campaign on weird, unconventional thinking. But we’ll let you try it out on this little show where we have pretty much nothing to lose.

What happened in ensuing years was that we honed those approaches – many times at the edges on small campaigns.

In 2008, Colenso won another Lion for Deadline Couriers’ Exploding Billboard. To exaggerate Deadline’s promise that they always deliver on time, a digital countdown clock was placed on a billboard, together with a promise that it would self-destruct at zero hour. At that exact moment, the billboard exploded in a ball of fire in front of a huge crowd gathered at the site with hundreds of thousands watching it electronically.

The agency continued to experiment with these unusual real-world special builds – until 2009, when we’d built up enough confidence from clients in this unconventional approach that they would consider betting their brands on them.

One of the campaigns we created that year was for the Yellow Pages. The strategy was to show how you could get anything done with the help of the businesses listed in the Yellow Pages (whereas, at the time, only 50% of New Zealand businesses had a Google-able web presence). The creative idea was to challenge a ‘normal person’ to build a treehouse restaurant using only businesses she could find in the client’s big yellow book.

Thus the Yellow Treehouse was born. A campaign that saw Yellow Pages claw ‘share of search’ back from Google – the only time this had ever happened, anywhere in the world. The campaign won the best in show award at the Asian Marketing Effectiveness Awards in 2010 – crowned as the most effective campaign in the entire Asia-Pacific region that year.

The Yellow Treehouse was enormously effective. But we would never have got to that campaign had we not experimented at the edges in the years prior.

Yellow Pages’ commercial returns were in part paid for by TV3 and Deadline. The Lions Colenso had won with The Invisible Man and The Exploding Billboard created exposure for and confidence in these unusual new ways of advertising that we were experimenting with. It gave our creative people license to keep going with this style of thinking, rather than reverting to the same old techniques.

This is the true value of creative awards. They incentivise experimentation.

They expose the best experiments to us all, so that we can learn from them and include those new styles of thinking in our next big marketing effort. And so we all move forward and upward, toward the effective campaigns of the future.

This year’s Creative Effectiveness Lions Grand Prix – Michelob Ultra’s Contract for Change – was a wildly effective piece of creative business model thinking from FCB Chicago – the kind of ‘campaign’ (is it even a campaign?) that would have been unthinkable ten years ago, but which stands on the shoulders of many earlier Lions winners that experimented with business model thinking in much smaller and less effective ways.

That campaign would never had happened, had those earlier experiments not inspired the agency and client to undertake such an unusual and extraordinary journey.

This is why it’s narrow-minded and short-sighted to advocate for only awarding effectiveness.

Without creative awards, our industry would go around in circles. We would trail consumers and culture, as we were frozen in time learning from the same kinds of ‘effective’ work each year. Our clients brands would get less and less salient and meaningfully different. Our work would become less and less effective.

We need to look at Cannes Lions through this lens. It’s a chance to see and be inspired by what will be effective in future.

Being able to look through that telescope is a gift of phenomenal value.

Value that will never be realised by those who spend the last week of June clutching their pearls.