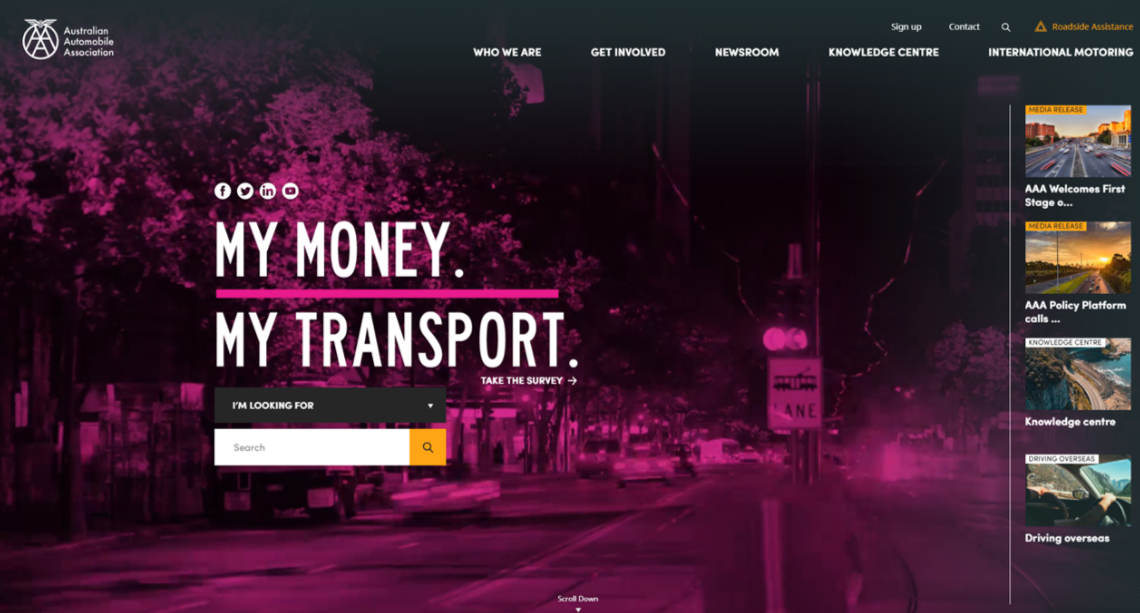 In the lead-up to the 2019 Federal Election, the Australian Automobile Association (AAA) delivered a highly successful political advocacy campaign, promoting a range of important transport issues.

‘My Money. My Transport.’ was a highly targeted, data-driven, national campaign developed and delivered in partnership with Sydney-based Assemble Group and Perth-based agencies Marketforce, Flare and OMD WA.

The campaign leveraged grassroot support for increased investment in transport infrastructure to reduce congestion and improve road safety. It reinforced the leadership of the AAA and its member clubs (NRMA, RACV, RACQ, RAA, RAC, RACT and AANT) as effective political advocates.

AAA research shows that voters are frustrated by transport congestion and concerned about road safety. They believe they are not getting value for money from their taxes, including the fuel excise levied each time they fill up their vehicles. Voters want better transport planning and more investment in roads and other transport infrastructure to make Australian roads safer and more efficient.

These key issues are important to voters, but often overlooked by politicians, which contributes to widespread disenchantment with politics.

The AAA recognised that widespread political disengagement would be a major hurdle for the campaign, so the My Money. My Transport. creative concept was designed to engage Australians through their hip pockets.

The campaign reminded voters that the Federal Government was spending their tax dollars and that it should invest this money wisely. It asked voters to have their say on how the money could be best spent.

This meant the campaign could be promoted as an opportunity for Australian to give feedback to their trusted motoring club rather than a call to take political action.

A custom-made survey platform was embedded in member clubs’ websites, creating seven bespoke local campaign destinations. This ensured the AAA campaign leveraged the motoring clubs’ brands, trust and name recognition. It also helped the clubs act as advocates for better transport in their own states and territories.

The campaign funnel first gave users the opportunity to have their say via a survey. Once the survey was complete, voters were then offered the option to send a message to local candidates. This contact between voters and their political representatives was made personal via a customised email, generated using answers to the survey.

This approach of introducing the political action at the end, once a user was already invested, was successful. More than a quarter of people who completed the survey sent their local candidates emails detailing their transport concerns and proposed solutions.

Dozens of ad sets were created to target audiences on key transport issues, including congestion, safety, affordability and policy planning. AAA and OMD WA closely followed engagement levels and amplified the messages that were working well.

Says McLaren: “We could easily recognise the transport issues that were resonating in various electorates. We learned quickly and effectively optimised our focus and our spending, which was vital with just a six-week campaign period and a modest campaign budget.”

On Facebook alone, the campaign reached almost 1.2 million people and garnered almost 9.2 million impressions. Programmatic video content achieved a 37 per cent completion rate, well above objectives set. Facebook engagement was 26 per cent above benchmark. By the campaign’s end almost 240,000 messages had been sent to candidates.

The survey confirmed that traffic congestion is the number one transport issue in metropolitan seats, but the biggest priority in rural and regional areas is road safety.

Says McLaren: “The survey data collected during this campaign is one of the biggest successes of the campaign. It ensures the AAA and its member clubs have a detailed understanding of specific transport concerns – not just at state and electorate levels, but right down to individual postcodes.

“This information will be very valuable as the AAA presses all levels of Government to prioritise funding for transport projects, which the campaign has shown to be a significant voter issue.” 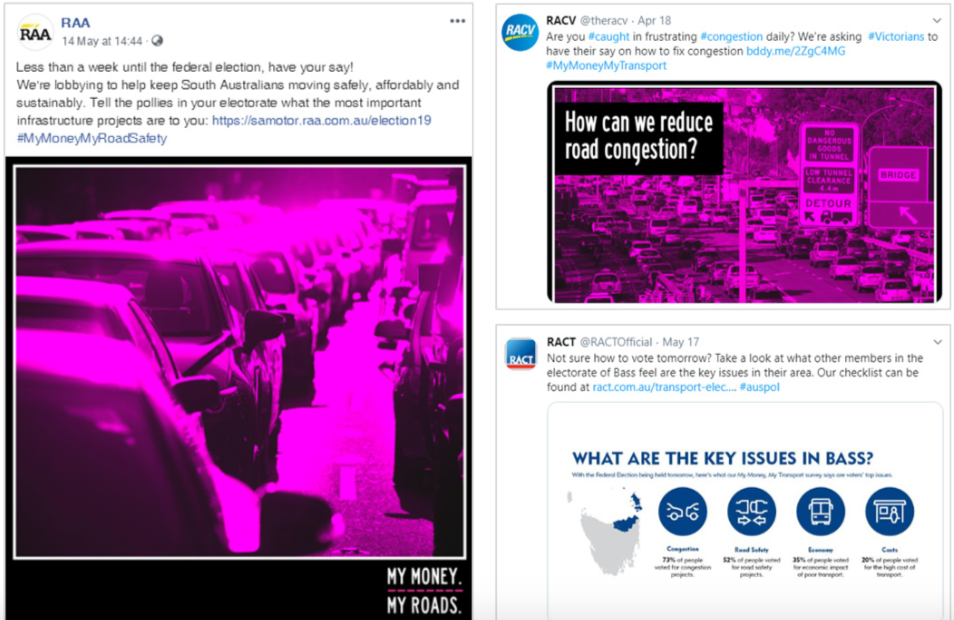