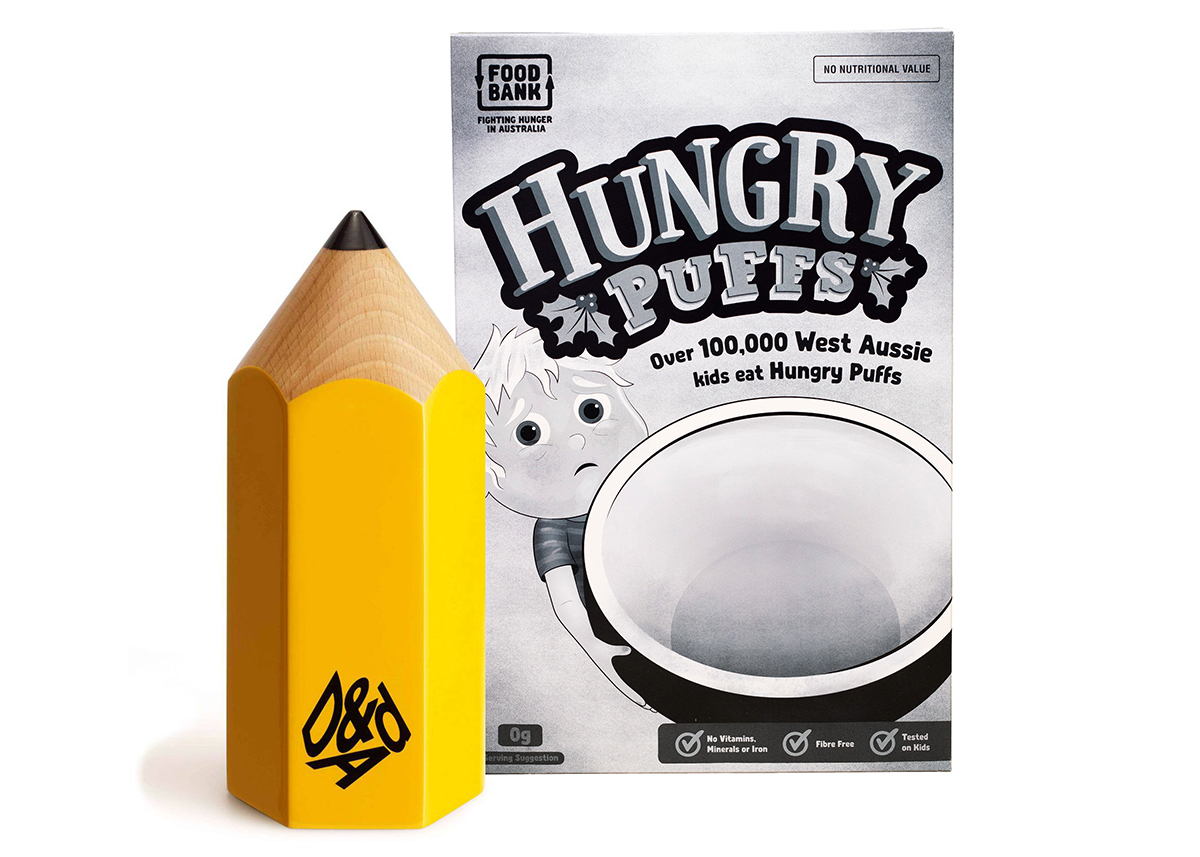 The Brand Agency’s Hungry Puffs campaign for Foodbank WA has scored a Yellow Pencil at D&AD, regarded as one of the toughest award shows in the world.

A Yellow Pencil is their equivalent to a Gold: “Awarded to the work that is judged to be the best in the world, selected from projects that receive a Graphite Pencil during judging. The Yellow Pencils are one of the most-recognised and coveted awards for creativity anywhere in the world.”

It is a huge accolade for The Brand Agency and a boost for Perth, and gives the campaign great momentum heading into Cannes next month.

Australia won 23 pencils in total. BWM Dentsu scored a very rare Black Pencil – one of just six awarded this year – for its Project Revoice campaign for the ALS Association. Project Revoice is a digital voice clone that integrates with text-to-speech devices, giving people with ALS (Motor Neurone Disease) the ability to speak in their own voice, even after they physically can’t. The campaign also won a Yellow, three Graphite and three Wood Pencils.

17 ‘Next’ Pencils were also awarded. The Next category recognises individual creatives, designers and crafts practitioners who have worked for no more than three years in the creative industries. Former Marketforce art director Lauren Regolini was shortlisted but alas did not progress to a Pencil.

D&AD CEO Tim Lindsay said it had been an outstanding year for global creativity, with entries received from 73 countries.

“The theme for this year’s festival has been ‘Shaping the Future’ and that’s very much been reflected in the campaigns we’ve had the privilege of seeing, many of which attests to the power of creativity to help build a better future. The work I have seen has been fantastic and everyone on the jury and everyone who has seen the final list of Pencil-winning work has been knocked out by the quality. It is a hugely encouraging sign for the buoyant and vibrant direction of our industry.”

See all the Pencil winners here.