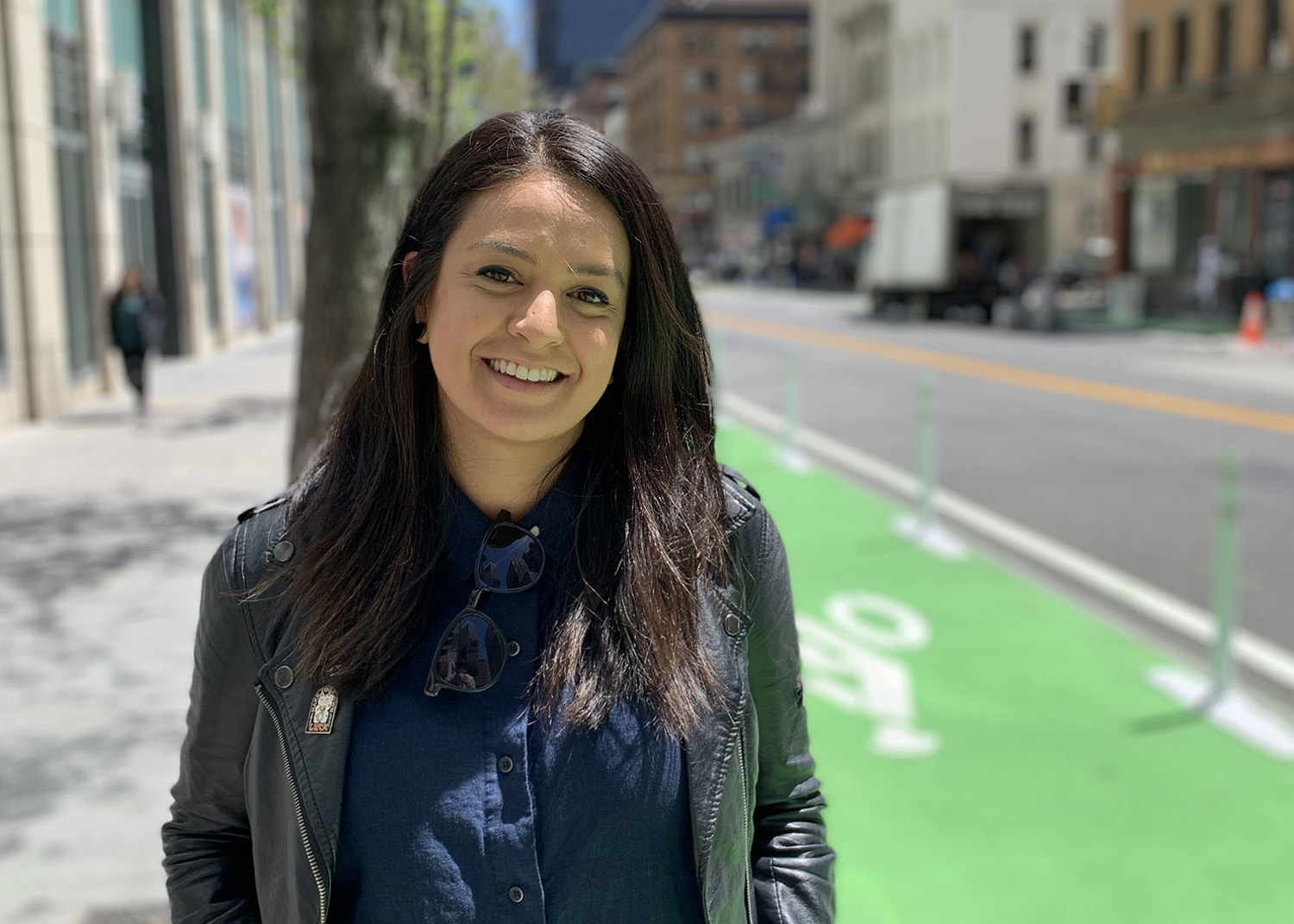 While visiting San Francisco for the Facebook F8 conference, Marketforce Digital Director Chris Andrawes has caught up with some WA expats working there on what it’s like being in the epicentre of the world’s tech sector.

I caught up with Kylie Tympani for lunch while we were both working from home (…ok, hotel room in my case) in the heart of San Francisco. Kylie works for one of the biggest companies in Silicon Valley; she’s careful about what she says.

As best as you can tell me publicly for this blog post, what are you working on?

I’m a Product Designer. I think I’m allowed to say that.

You haven’t been here long, but what do you like about working in San Francisco?

I like it. It’s quite different to what I expected, but it’s only been two months so far. When I knew I was moving I did a lot of research online and actually ended up reading a lot a lot of horror stories but since being here, I’ve been pleasantly surprised. I guess people post about their bad experiences. So far, I like the abundant sense of opportunity here and the close access we have to things we wouldn’t usually have access to in Perth; both in tech and in lifestyle.

What are the things you’ve enjoyed about working here more than in Perth?

I think the biggest thing that stands out to me here is the level of flexibility and trust. I don’t know if it’s a result of working in a bigger company or if it’s simply a result of the location/culture, but it’s so flexible and there’s just an expectation and trust that you’ll do your work whenever or wherever you need to work from. From what I’ve seen, when everyone is at work, they’re actually working and being productive — there’s no room not to and that’s the standard.

I’ve enquired about flexible working hours in the past and I’ve always gotten the impression that people think that flexibility could equal a dip in productivity. But, in reality I’m putting in far less “productive” hours these days and probably getting more work done, and perhaps even at a higher quality.

That leads me onto another question, how do you feel about the amount of work here, I know in Perth as the industry is shrinking; it feels like we’re all doing more and more work, especially even compared to only five years ago.

My perspective on this might be a little bit skewed because I’m only two months in, and I can’t speak for everyone’s experience, but I don’t think that I’m going to be doing sixty or seventy-hour weeks like people think. I think that surprises people when it comes to a place like [bleeps out company name] where they expect that you’re grinding out a huge number of hours a week and you never leave. I’ve never gotten the impression that I’m expected to be at work forever and work longer hours. My team really pushes for a healthy work life balance and that’s something my manager advocates for quite strongly. It all depends on where you are.

Do you think you’ll come back to work in Perth?

Yes! I have no idea when but probably a little while from now. I say that not because I think there aren’t appropriate opportunities for me in Perth but because I definitely wouldn’t have the chance to gain the experience from somewhere as big as where I work now, in Perth. If I came back it probably wouldn’t be for work. It would be for lifestyle, friends and family. That said, I think the landscape in Perth is rapidly changing so who knows? Maybe in ten years time the opportunities will be different.

When I’ve spoken to people here in San Francisco pretty much everyone has said that they have a bunch of co-workers from Perth, I get the feeling that we’re successful here because we’re scrappy. We’re used to a tiny $10k budget and pulling off something great where as people elsewhere in the world will get a $100k budget and go “what the hell are we going to do with that”.

I’m not sure we’re “scrappy” but that somewhat speaks to my experience so far. I feel like things should technically be harder here but I haven’t found that yet because I’m used to working really tightly, with little budget and short timeframes. Here I have so much time and space. I think I’m pretty practiced in outputting good quality in short time frame so I’m actually a bit worried I’m going to become a little deconditioned.

What do you think the talent pool is like here compared to in Perth?

I think Perth people would be surprised that they could stand up and hold their own here. I’ve always thought about working at a company like the one I’m at but I never applied for anything because I didn’t think I had a chance. I always thought I’d just wait a few years to get better and then do it then. But “then” would never come. Knowing what I know now, if I could go back and speak to past me, I’d have just said “apply” because you’d stand a chance.

I think the perspectives of people from outside of San Francisco, like from Perth, are really important. In my current job, some of the questions I ask could be things that locals or long-time residents of Silicon Valley, who are so heads down in this world, haven’t thought about yet. I think there’s a lot of talent in Perth. Some of the loudest and most influential voices in Australian tech are from Perth.

I haven’t watched Game of Thrones lately. I started when it first came out but haven’t really followed it since. I wish I had kept going!