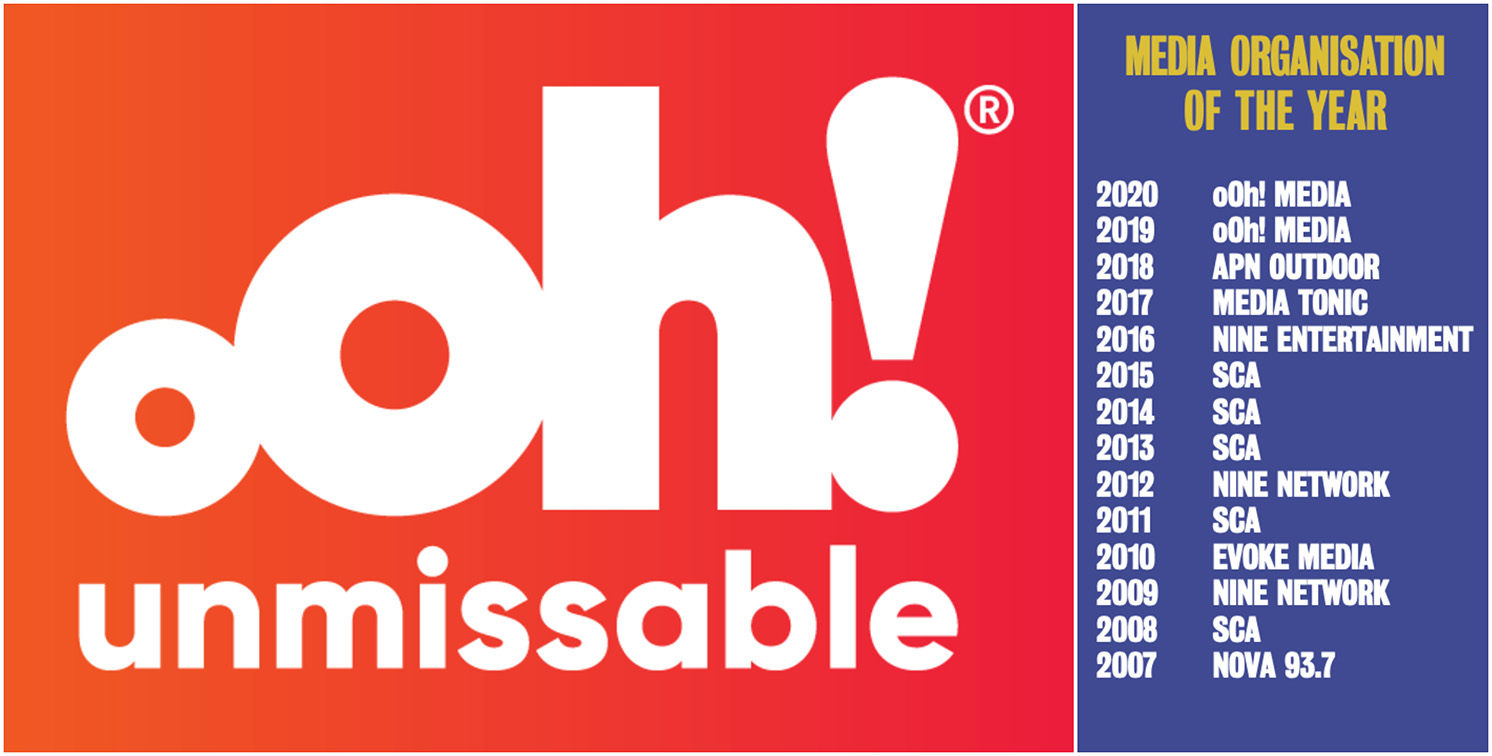 oOh!Media has repeated last year’s performance taking out the Campaign Brief Media Organisation of the Year award for the second year in a row.

It was a very tight battle this year with Southern Cross Austereo (SCA) and Channel 9 just edged out for the award by oOh!Media. Only 4 points separated these top 3 ranking organisations.

This prestigious Media recognition was first introduced in 2007 and our first winner was Nova 93.7. Since then Southern Cross Austereo (SCA), Channel Nine, Evoke Media, Media Tonic, APN Outdoor (now JC Decaux) and oOh!Media have all taken out the award. Multiple winners are SCA (five times) and Channel Nine (three times).

View our finalists for this award here and look for our full ranking of the top 12 highest polling media companies in the special Awards edition of Campaign Brief – out next week.