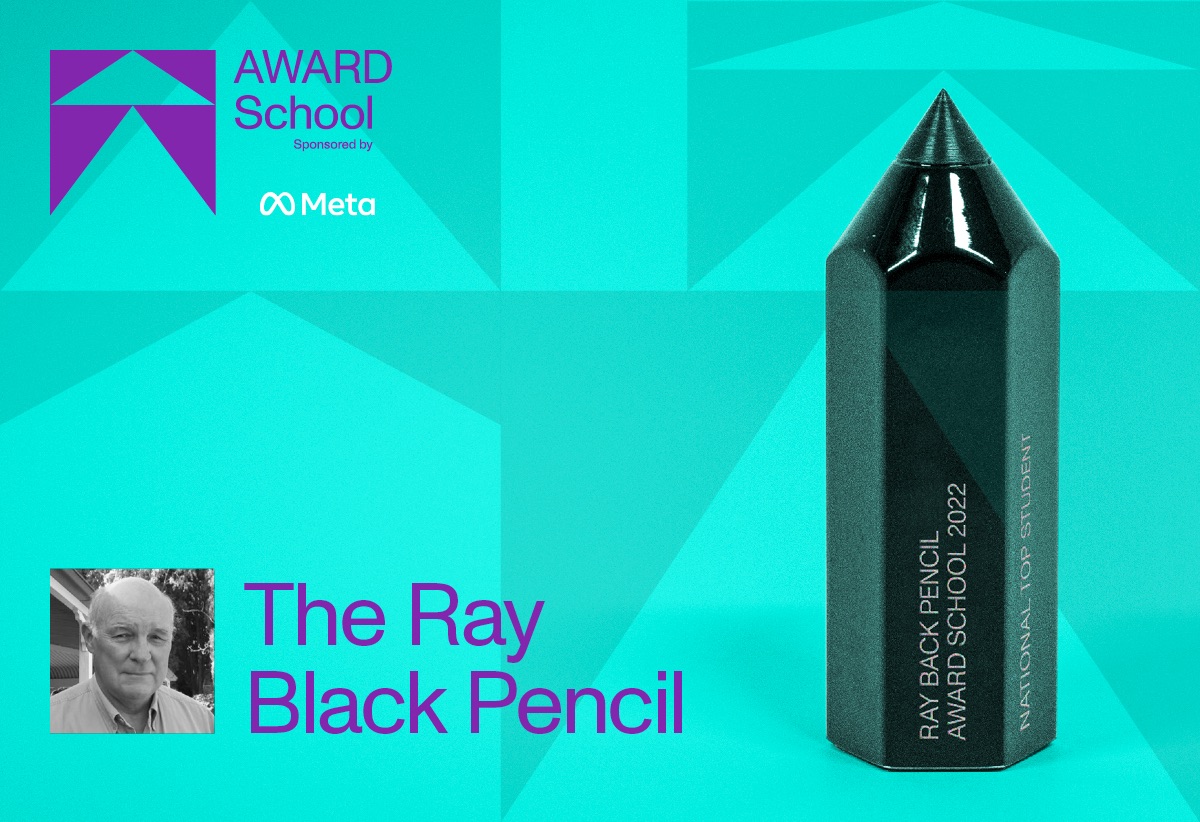 As AWARD School graduation events wrap up for the 40th year in a row, the Australasian Writers and Art Directors Association (AWARD) has announced that the national winner of each year’s program will now be awarded the Ray Black Pencil, in honour of AWARD School founder Ray Black.

As chair of AWARD in 1982, Black was disturbed by the dwindling pool of homegrown creative talent that resulted from the demise of the despatch department. At the time, Australian ad agencies found themselves looking overseas – particularly to the UK – to staff their creative departments.

Confronted with the conundrum that ‘you can’t find a job without a portfolio, but you can’t put together a portfolio without a job’, Black pushed hard for the introduction of AWARD School.

“Over the past 40 years, more than 5,000 students have graduated and been placed in thousands of jobs. This simply wouldn’t have happened with Ray’s vision and persistence. There is no more fitting tribute than to name the winning pencil after the man who invented the course.”

Black received the Order of Australia Medal in 2012 for ‘services to the advertising industry, particularly through the development of talent in the fields of writing and art direction’, a clear acknowledgment of AWARD School.

Says Esther Clerehan, who has lectured at AWARD School for more than 30 years: “Without question, Ray Black has made the single biggest and most enduring contribution to our industry. Thousands of graduates working all around the world owe their start to Ray.”

Says Tony Hale, CEO of Advertising Council Australia: “I recently visited Ray to ask permission to name the national AWARD School winning pencil after him. Typically, he said ‘Well, that’s for others to decide’. I told him others had already decided and now we would like permission. He remains incredibly humble but very proud of what AWARD School has become.”

The inaugural Ray Black Pencil will be awarded tomorrow night at The Award Pencil Bar: an industry cocktail event where AWARD School’s national top student for the year will be announced. John Bevins AM has been invited to say a few words about Ray Black.

Says Matt Chandler and Kat Alvarez-Jarratt, AWARD School national heads: “It has been an honour to head up AWARD School as the 40th cohort of students graduate. The quality of their creative work has been incredible and the international Super Jury were very impressed. To be able to say ‘And the winner of the inaugural Ray Black Pencil is…..’ will be a highlight for both of us.”

AWARD School was launched in 1983 and quickly unearthed many young stars who would go on to become some of the very best in advertising: