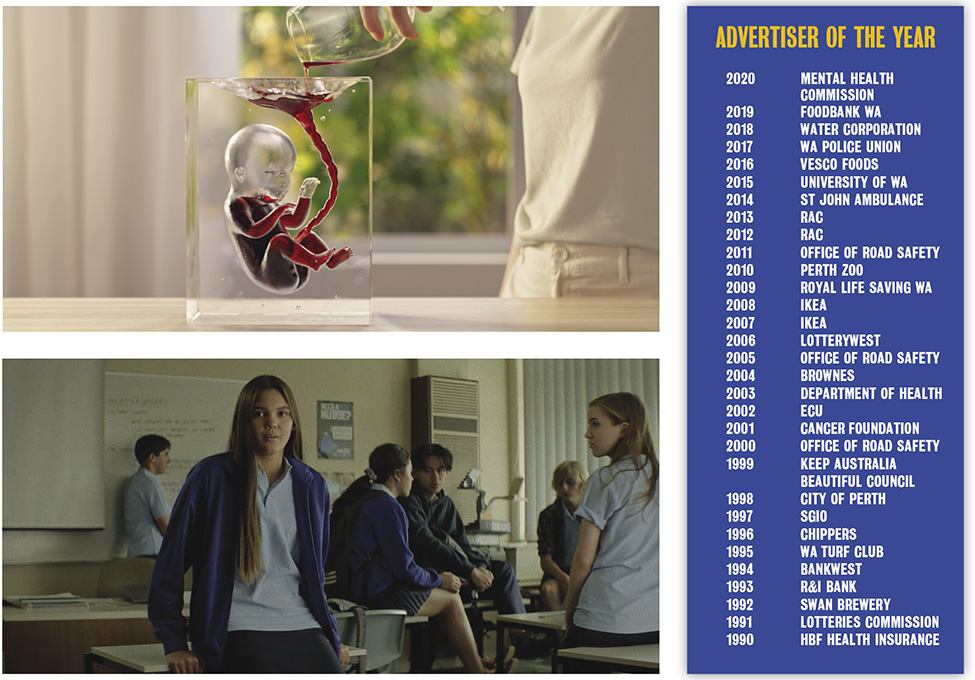 This is the 30th anniversary of our top client award. Through the chaos of 2020, Mental Health Commission (MHC) delivered one of their most impactful years yet. They were recognised at awards shows. They re-set the strategic direction of their programs. They produced a suite of attention-grabbing work. They formed a series of new long- lasting partnerships. The Advertiser of the Year award is sponsored by Southern Cross Austereo (SCA).

Mental Health Commission are a deserved winner of the 2020 Advertiser of theYear award because of the way they consistently go about their work. They’re experts in their field. They’re strategic. They fight for creativity. They trust their partners. They’re accountable to their work’s effectiveness. And they’re respectful.

MHC kicked off the year in style. In March, their ‘I Need You to Say No’ campaign for Alcohol.Think Again was selected as a national finalist in the APG Creative Strategy category, recognising the campaign’s creativity and effectiveness. Then a few months later, the campaign was again selected as a finalist in the Australian Effectiveness Awards – arguably the country’s most rigorous test of communications effectiveness. In achieving both of these feats, MHC stood at the top of their game, aside just a handful of WA contemporaries.

When the pandemic struck in March this year, MHC found themselves in an unusual bind. They recognised that the stress and strain brought on by COVID-19 was likely to negatively influence community mental health, alcohol-use and drug-use; and believed they could help through tactical communications.

However, there just wasn’t the budget to spend big and engage an agency partner to develop a solution. They needed to make sure as much as the budget as possible was dedicated to media – they needed to make sure people were exposed to the campaign. Undeterred, they leant into their own strategic and creative expertise – getting on the tools themselves to produce a series of campaigns that were rolled out almost instantly.

While it would have been easy to put the project in the ‘too hard basket’, MHC doubled down on their commitment to the community and in doing so helped minimise the potential for harm that could have been experienced.

Across the end of 2019 and throughout 2020, MHC went about the process of reviewing their agency media, research and creative roster. While this process alone isn’t really worthy of an awards entry mention, one aspect of it is.

Bucking an industry trend towards transactional, short-term relationships, MHC has committed to full 5-year contracts for each of their new relationships. They reason that since the behaviour change process itself is a long-term proposition, shouldn’t the agency relationships they have to affect this change be long-term propositions as well. Beyond providing greater security and certainty for roster members Initiative, Kantar, 303 MullenLowe and Gatecrasher (the creative agencies are via their contact with Cancer Council WA), this decision is further illustration of MHC’s commitment to mutually-beneficial, trusting and respectful working relationships.

This full story continues in the special Campaign Brief Awards issue, out next week.

View the shortlist of worthy clients considered for the Advertiser of the Year award. 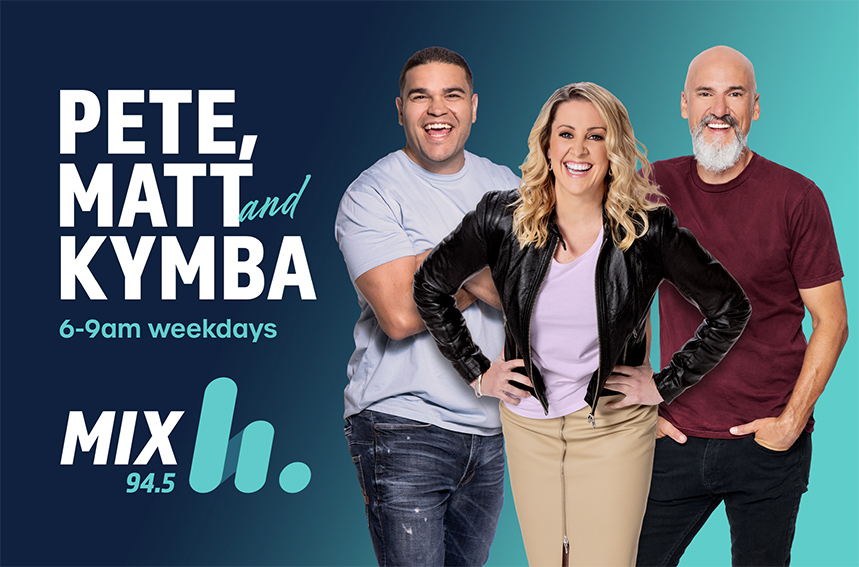