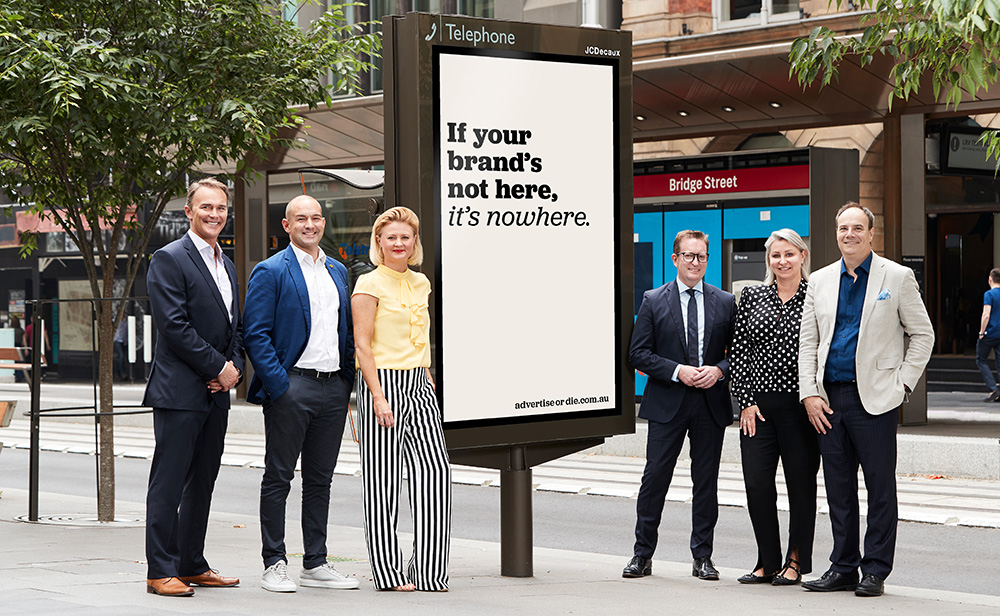 A record number of Australia’s media owners have united in a campaign to remind chief executives, chief financial officers and chief marketing officers of the importance of advertising to the long-term sustainability of their businesses.

Their campaign is supported by the industry bodies Think TV, Outdoor Media Association, Commercial Radio Australia and News Media Works. The campaign has been developed in partnership with Publicis Group’s creative team at Saatchi & Saatchi. 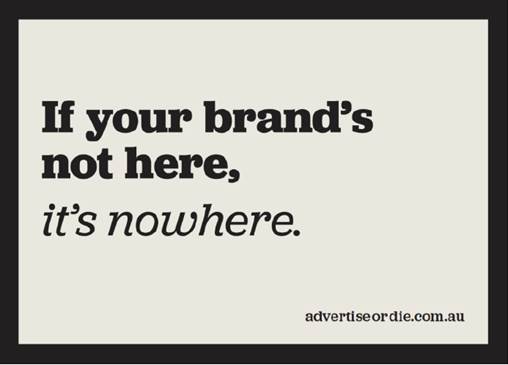 A teaser campaign began yesterday, Sunday, December 8, across outdoor, radio, premium digital, print and television, with the full campaign including evolutions in the creative message and a high-profile celebrity who understands the value of advertising launching in the coming weeks.

Advertising is an investment proven to deliver long-term, top-line growth for businesses. Reducing advertising expenditure will deliver short-term savings, but it comes at the cost of future revenue growth – it can be the beginning of a downward spiral for business in general. 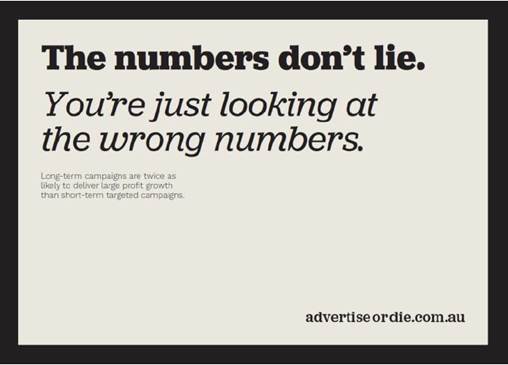 The campaign highlights the role advertising plays in delivering long-term sustainable growth through a series of witty, tongue-in-cheek, channel-specific executions designed to remind the C-suite of the importance of advertising.

The campaign hook message is “If your brand’s not here, it’s nowhere”, supported by a new website: advertiseordie.com.au. It reminds business leaders of the dangers of not investing in promoting their products and services, and the impact that not advertising will have on profit and earnings. 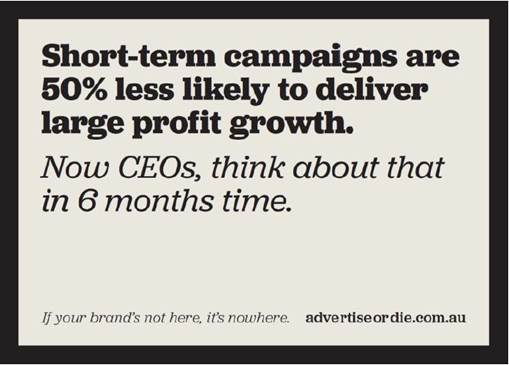 Says Mark Ritson, Advertise or Die spokesperson and leading global marketing commentator: “There are three key messages for those who manage Australia’s corporate budgets. First, continue to invest money in advertising, not just despite a tightening economic situation but because of it. Second, make sure at least half your budget is invested on the top of the funnel and on long-term brand building, not just on short-term spending.

“And finally, don’t fall for the siren song of new, exaggerated media opportunities at the expense of proven long-term, brand-building media.”

The campaign will be running across the media assets of the participating owners from December 8, pointing audiences towards advertiseordie.com.au for further information on the campaign and the power of effective advertising.