Main Roads gets smart with Cooch

One of Western Australia’s largest campaigns has been successfully completed by one of the state’s smallest, most experienced agencies.

Cooch Creative, about to celebrate its 17th anniversary, developed and executed the strategy, advertising and marketing for Perth’s first Smart Freeway with a fully integrated campaign covering digital, social, out-of-home and all mainstream media channels.

“We’ve purposely remained small because it allows us be flexible and adapt quickly to market changes,” ECD Ron Samuel said.

“Smart Freeways is a great example. We were initially asked to provide strategic input into the driver education communication component. That saw us work with the marketing team which eventually turned into one of the biggest campaigns we’ve worked on for years.”

Cooch created a sub brand with its own positioning, URL and website. They wrote and created all of the content, which ended up totalling more than 100 individual pieces across the pre and post launch components.

“It was a real collaboration between our team and the client,” Samuel said. “We were able to maximise Main Roads’ internal resources for campaign production, which included using internal talent for radio and video voice-overs and also as presenters for the TVCs.

“We also used the client’s own internal video team to shoot the TV commercials so the cost savings in production were substantial.

“The value created from doing that is a credit to the Main Roads communications team.” 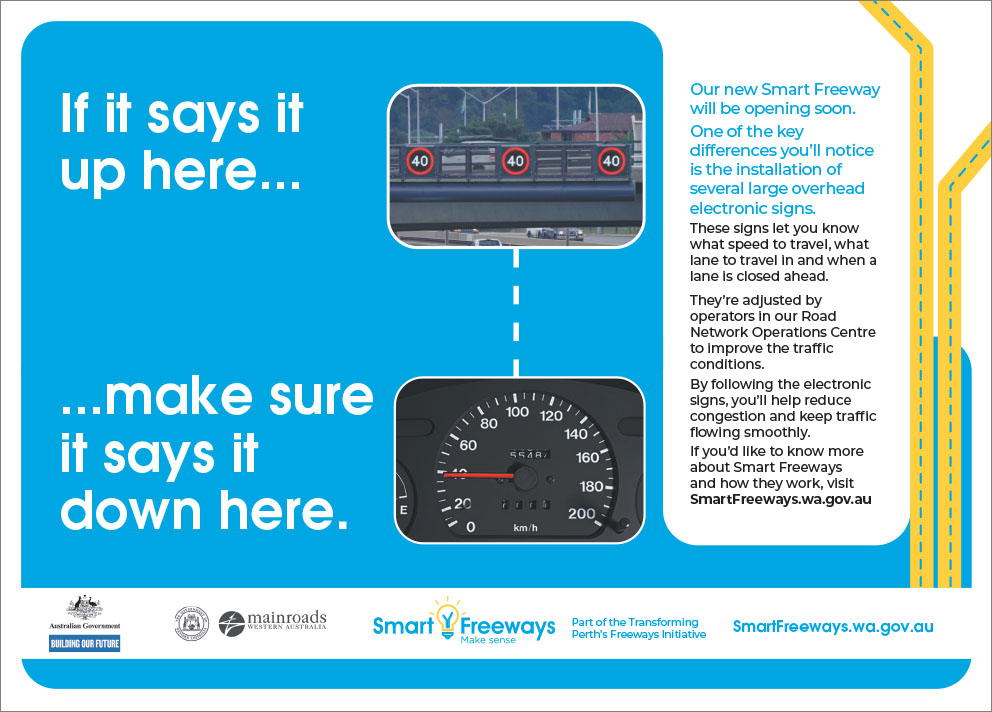