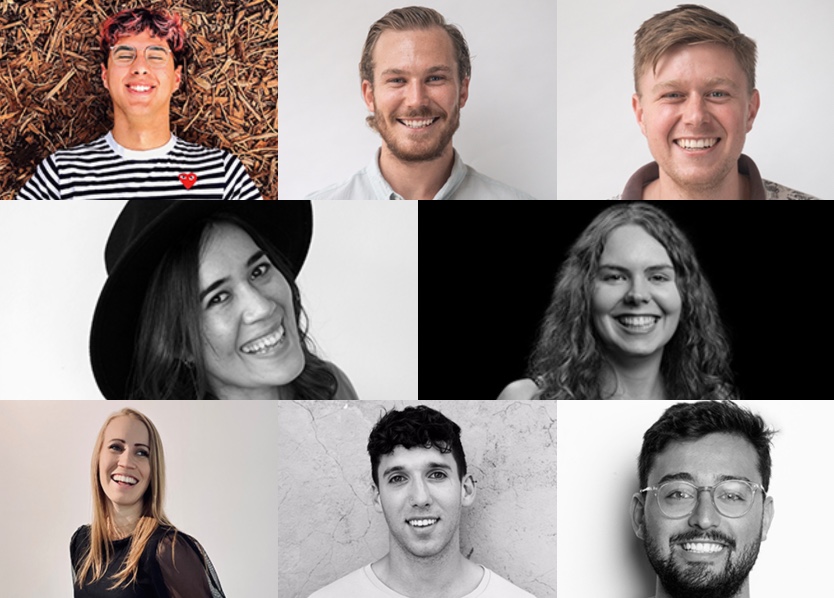 Twelve young creatives from Australia and New Zealand are among the 150 chosen to participate in the virtual one-to-one coaching program, which is set to begin this week.

The 8 creatives that will represent Australia and 4 representing New Zealand are:

The Melbourne Advertising and Design Club will be hosting a competition in May and the winning team will be joining the program.  The MADC competition winners will be announced in June.

The mentees, who are between the ages of 21 and 35 are from all parts of the globe and have been selected from various advertising clubs and associations, trade press competitions, companies that support LIA, as well as self-nominated candidates. Special Group Australia’s Jeffrey Seeff and Joel Grunstein were invited because the agency won the Campaign Brief Australian Agency of the Year title.

Applications for the highly sought after, exclusive virtual one-to-one coaching sessions, which began in March, are now closed. View the mentees.

These e-coaching sessions will take place from May through August. Each off the young creatives will be directly connected with three coaches. Being able to ask questions and voice opinions with top-level industry leaders is a priceless learning experience. More than 150 of the top creatives from every discipline of the industry will give their time to share their knowledge and expertise to equip these mentees with the tools to acquire greater depth and breadth of industry knowledge in these quickly evolving times. Each coaching session will be at least an hour.  View the coaches.

LIA will aim to match mentees with coaches outside their country or region to ensure that mentees get to expand their base of knowledge. Coaching times will be determined entirely by mutual agreement between coach(s) and mentee(s). As these sessions are bespoke and personal, it is up to the mentor and mentee to decide how best to get the most out of each session.

Says Barbara Levy, president of LIA: “LIA has always championed the creative growth of the next generation. That’s why we have set such a high benchmark with this learning and networking academy. Over the many years of running Creative LIAisons, we have learnt how important it is for emerging talent to be able to tap into deeper creative insights and connect with the movers and shakers of the industry. We have created this program so that young creatives can be coached directly by top talent and be able to have in depth discussions on a one-to-one basis with industry leaders that young talent would ordinarily not have access to.”

The sessions are aimed to future proof the industry as it involves every aspect of the business. After the coaching sessions the learning continues, this game-changing academy will run a series of virtual speaker sessions throughout September. These are master webinars that will help young creatives advance their learning and navigate their careers even in the most challenging times. Webinars will cover all disciplines from audio, design, digital, healthcare advertising, usic, production, technology, and more. The virtual webinar speakers include: Oliver Fuselier, managing director/executive producer of Great Guns USA; Baris Gencel, executive creative director/brand consultant, Shanghai; Hyun Seo Yoo and Sarah Guessoum, creative leads at TikTok, Dubai; Esra Gulmen, head of design at Heimat, Berlin; Ralph van Dijk, founder and executive creative director of Eardrum and Mary Martinez, VP global, executive creative director at Tank Worldwide, Montreal.

Mentees, like past Creative LIAisons attendees, will have the unprecedented privilege of being in the judging rooms, albeit virtually this year. Mentees will be allowed to sit in the virtual judging rooms, in real time, during the final round of judging in October to observe statue discussions.

They will also have access to Creative Hacks webinars by Bernardo Romero, Associate Partner and CCO of The Bloc, New York.  This is a mind-opening series of talks that demonstrates how to create ideas from a blank piece of paper to the tools that industry giants like Tim Jones, Renata Florio and Shaheed Peera use on a daily basis as a foundation for their success.

Levy summed up: “We want to set the bar higher. It is a privilege for LIA to be able to curate this coaching program where the giants of the industry can help unlock the potential of promising creatives. As an Awards show that honors creative excellence and breakthrough thinking, we want to keep raising the creative bar. We can do this by drawing out the creative potential in younger creatives.  And the best way is to have the leaders of today coach and inspire the leaders of the future.”

Forty young creatives have been selected to join the program from Asia.