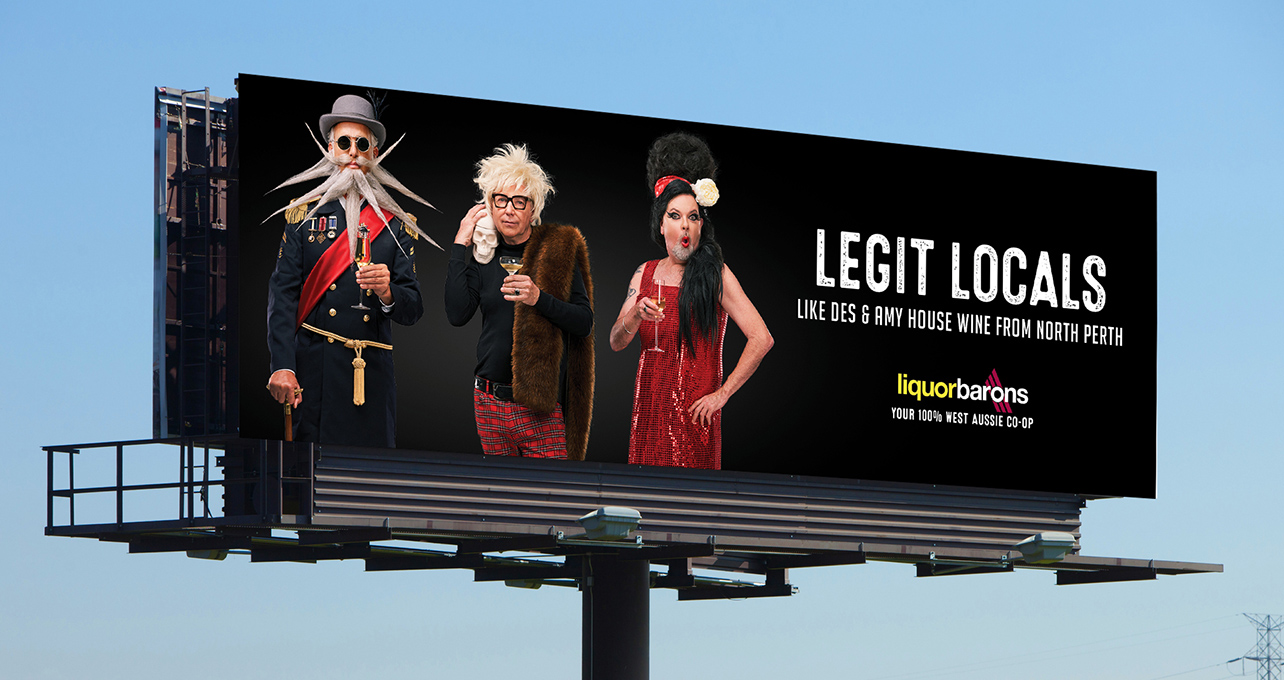 On the back of last year’s legit success, AT Creative, in conjunction with Intersect Marketing and MITP Agency have recently launched Liquor Barons Legit Locals 2.

The campaign stars 30 fresh legit local faces who will be appearing on multiple billboards and adshels around Perth over the coming months. These local legends will also be making their presence felt in press, online, in-store and across social media.

Said Andrew Tinning AT Creative Director: Now more than ever, WA consumers see ‘local’ as an important brand attribute, so the local band wagon is one that many have jumped on. But rather than cast actors to portray WA stereotypes, like Liquor Barons, we wanted to be more authentic than that. Once again, we kicked off with a face book comp asking legit locals who were willing to star in the campaign to nominate themselves or their mates and family members. Once the winners were chosen, they participated in a 2 day stills and video shoot to capture their images and stories for use across multiple channels over the next 12 months.

“Outdoor is a significant component of the campaign, but unlike most, where 1 or 2 pieces are mass produced and plastered everywhere, 80 unique adshels and billboards were created featuring individual talent, plus combinations of two or more. These are then installed in locations that best match where the talent live making them even more local.

Liquor Barons GM Chris O’Brien said: “AT and the team have delivered a cost effective, clever campaign that will continue to positively impact the profitability of our member stores and further strengthen our position as WA’s 100% West Aussie liquor co-op.” 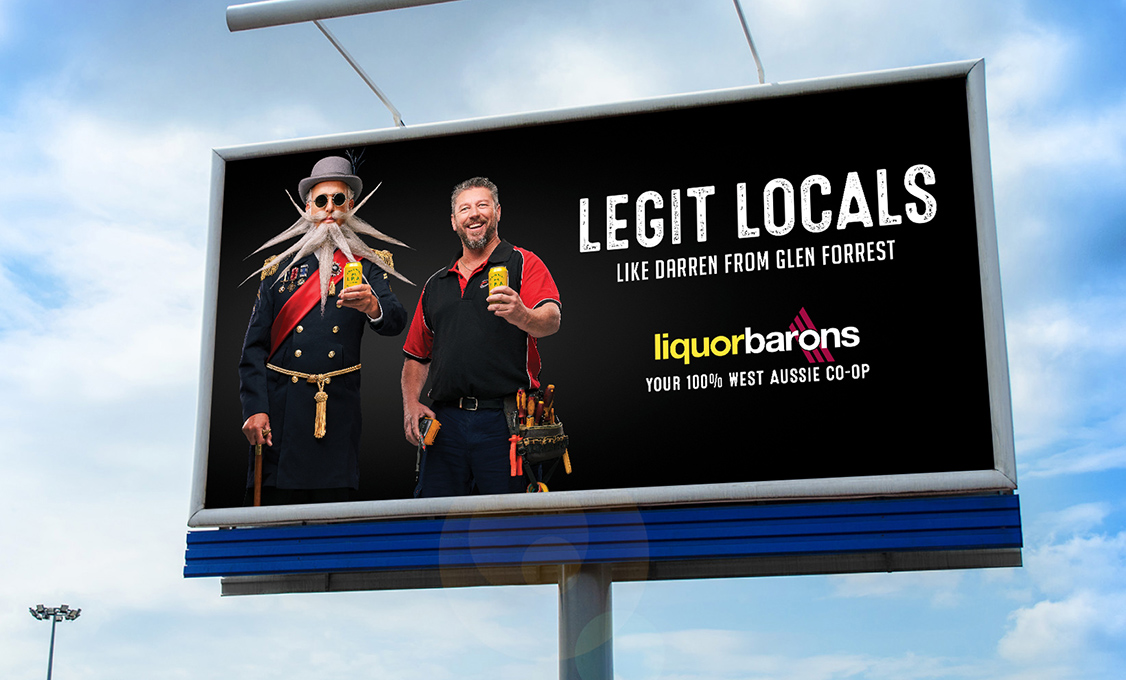 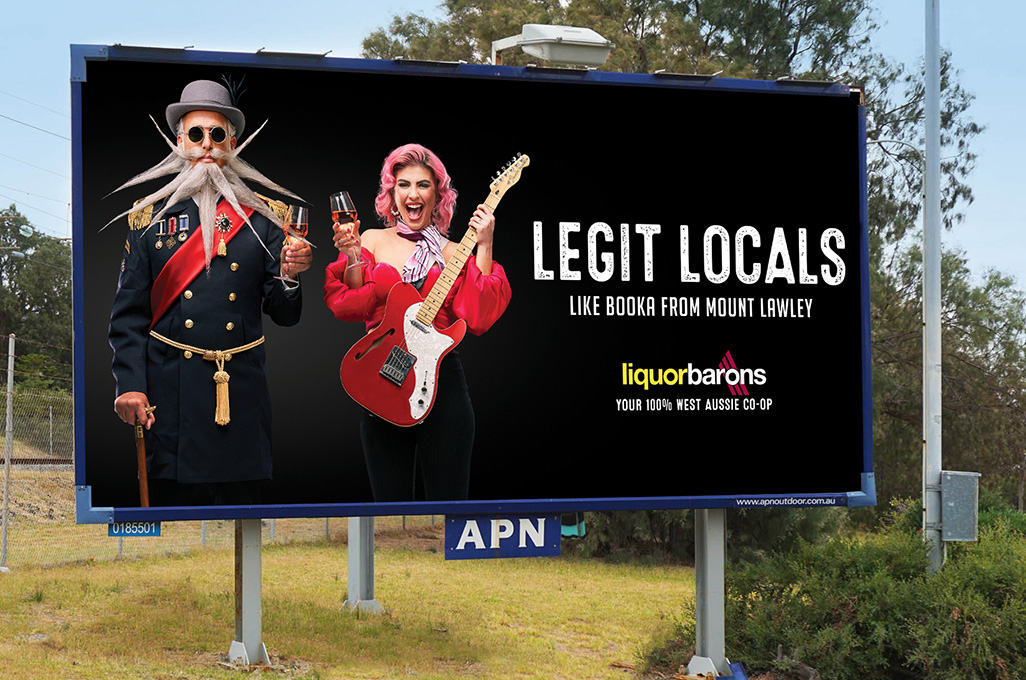 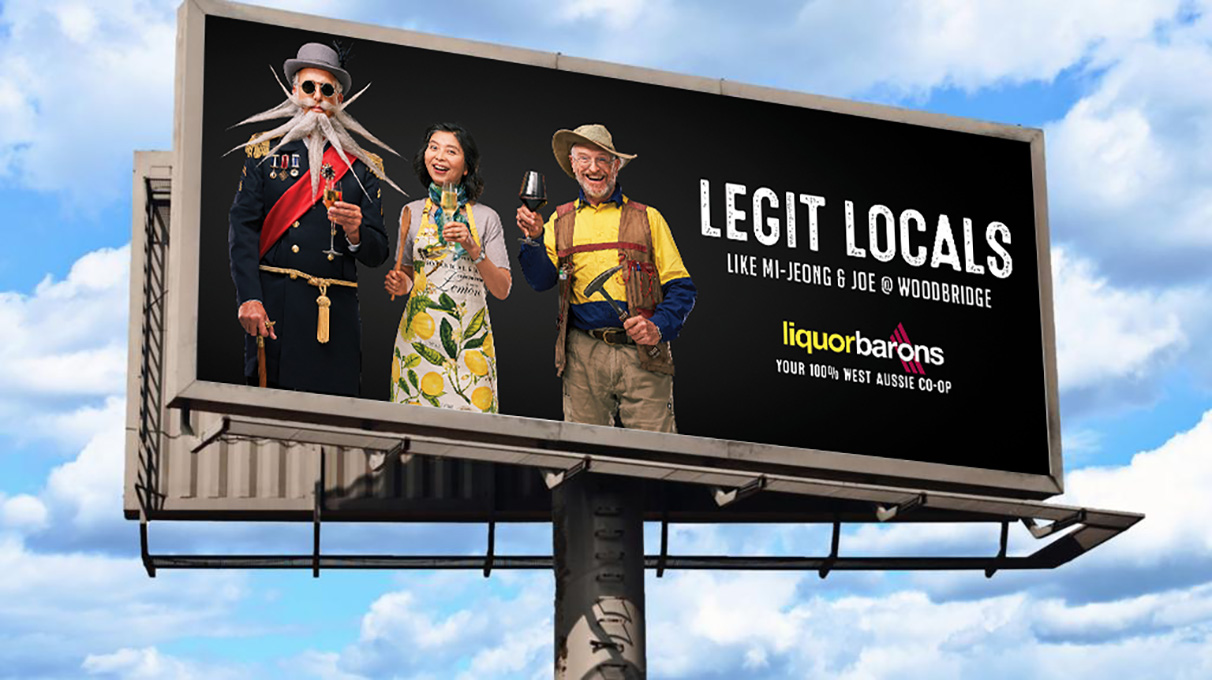 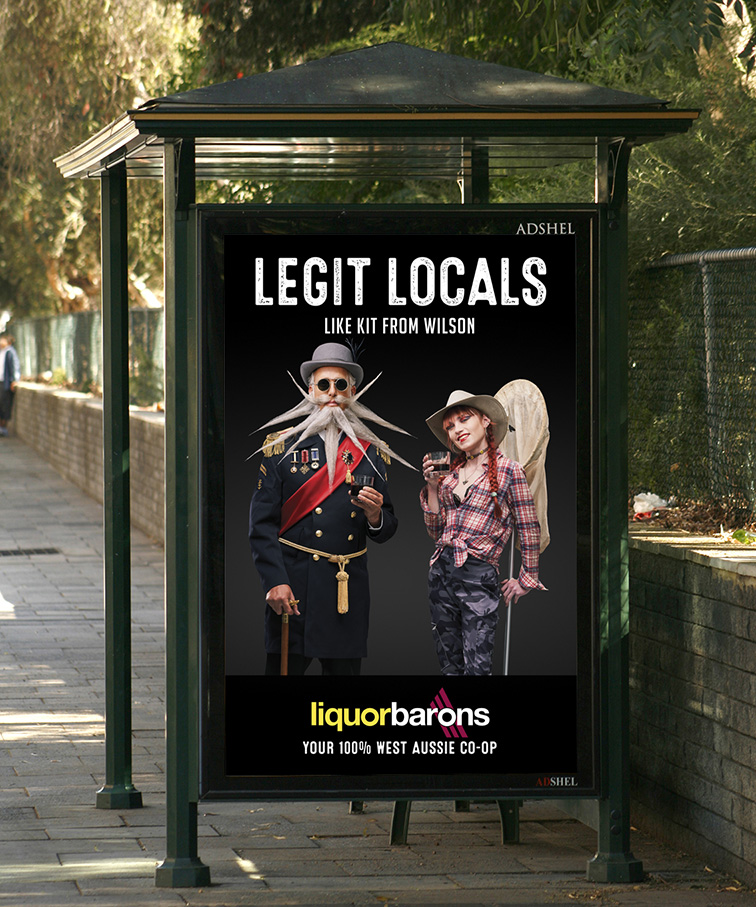 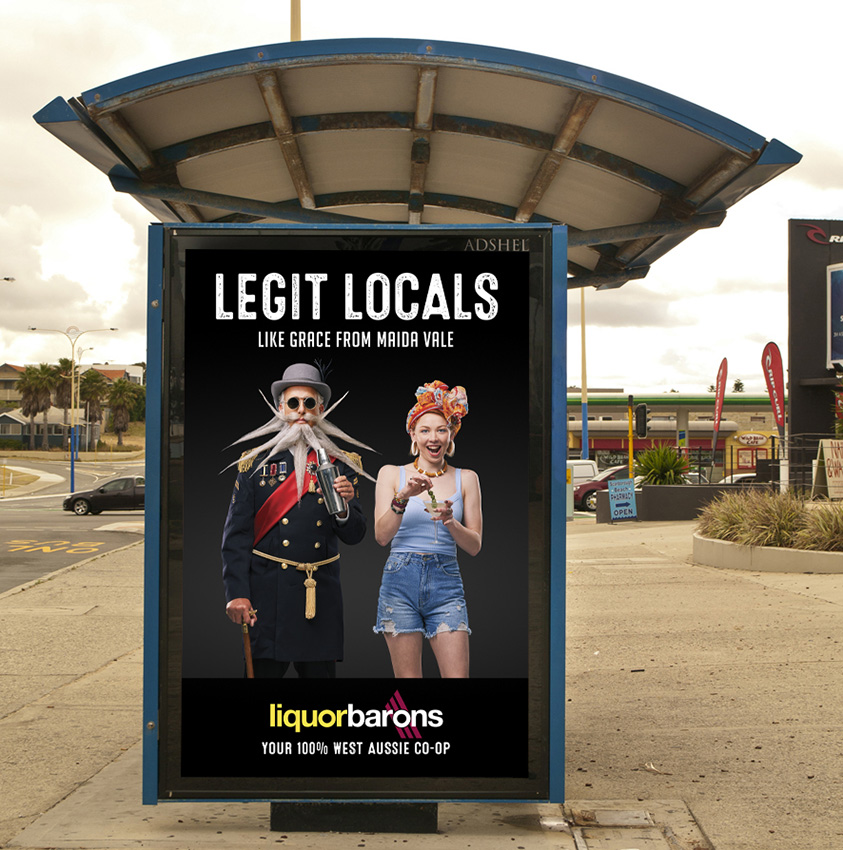