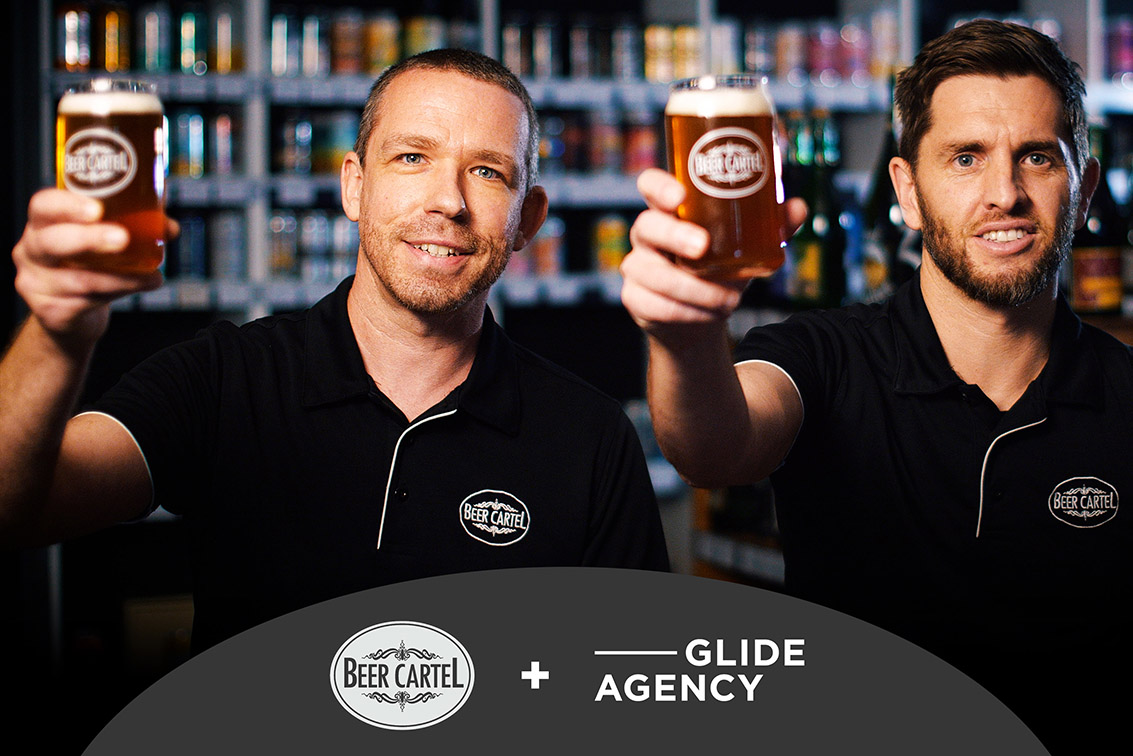 Founded by beer-loving mates Richard Kelsey and Geoff Huens in 2009, the company has grown from humble beginnings in a storage shed to an ecommerce powerhouse, with 35,000 online sales generating $4 million in revenue in 2020 alone.

Devilishly simple at its core; Beer Cartel connects Australian consumers with craft beers from all over the world, offering a carefully curated catalogue of over 1000 beers, with new additions routinely added to the diverse mix.

Enlisting Glide Agency to handle their digital strategy, Beer Cartel comfortably surpassed their minimum target, flying past the $1 million mark in a little over two weeks and closing their campaign with $1,448,338 in newly acquired capital.

“I would like to thank Glide and all the partners that worked with us through the equity crowdfunding process as well as those individuals that provided feedback and mentorship”, said Beer Cartel Co-founder Richard Kelsey.

“We now embark on the next stage with Beer Cartel where not only are our customers, staff and suppliers massively important, but now our shareholders as well. To everyone that has joined, a huge welcome aboard.”