“Eat more onions!” ~ reflecting on ads that ran during the Spanish Flu more than a century ago 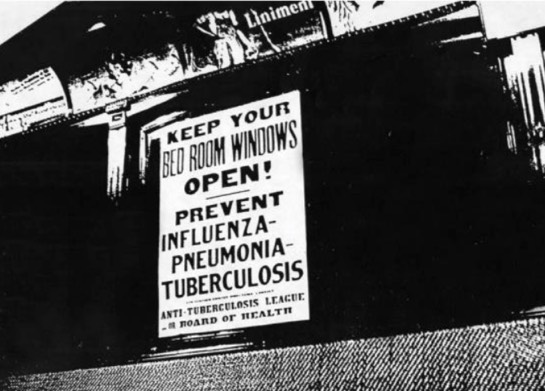 By UK-based Patrick Collister, non-executive creative director at Ad-Lib Digital, curator of The Caples Awards and editor of Directory magazine

I would like to take all the credit for the ads I am sharing with you but can claim none.
My mate Malcolm Auld got his mate Henry Newrick to delve into his archive and find the ads that ran in 1918 in response to the Spanish Flu pandemic.

Of course, there was no radio then. No telly, no internet. Just papers, periodicals and flyers.
It was called Spanish Flu but some people thought it started in the UK. Oops. That said, the first case was recorded at a military base in Kansas on March 11th 1918.

100 years ago, the messages were pretty much the same as today’s.
Wash your hands thoroughly and often.
Wear a mask.
Cough, sneeze into a handkerchief.
Avoid crowds.
Ride a bicycle. (i.e. take exercise)
Sport was stopped.

A couple of observations.
Bell Telephones saw this as an opportunity, which they seized.
The placement of B.C. Funeral Co’s ad seems a little insensitive.
Several of the ads and many of the newspapers of the time didn’t hold back from being very scary. There’s danger in every crowd!

The cartoon from The North Caroline Gazette is not funny. Not at all. But I think it does capture some of the bewilderment and rage we are experiencing ourselves. 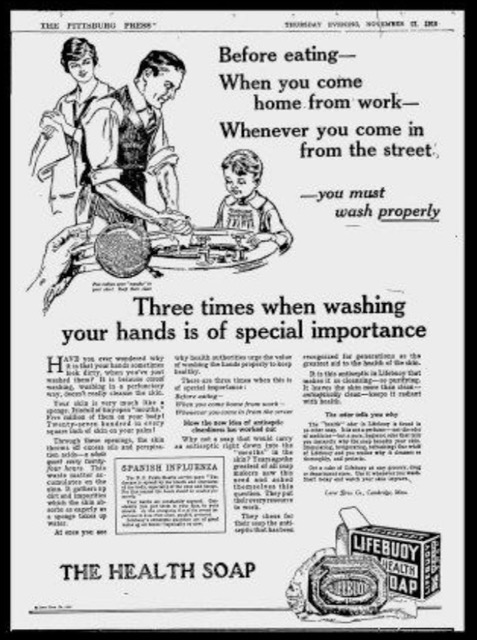 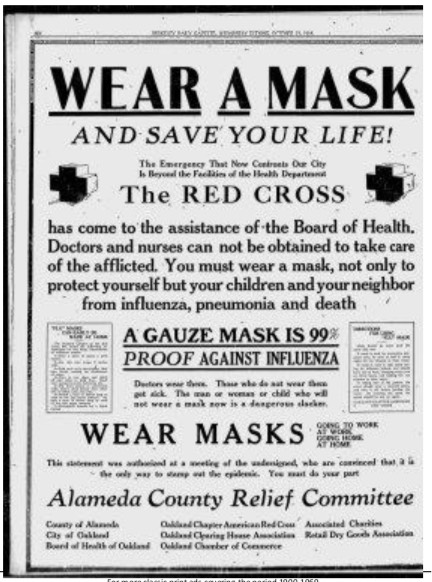 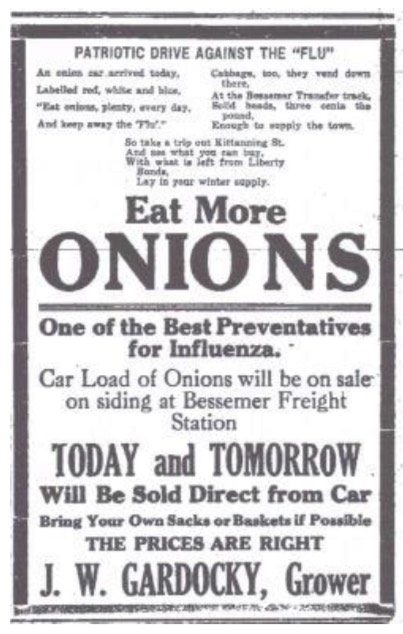 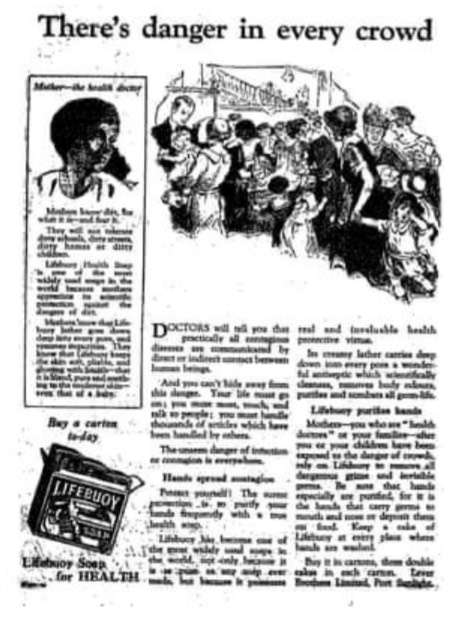 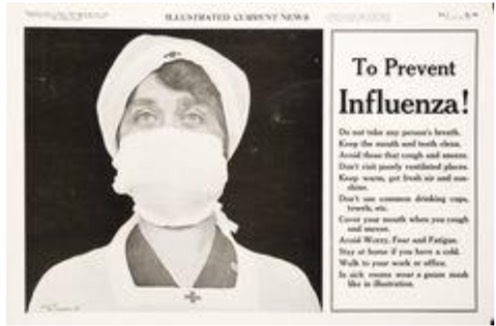 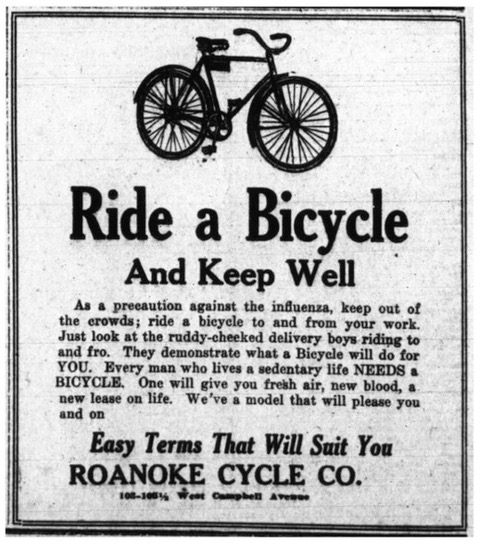 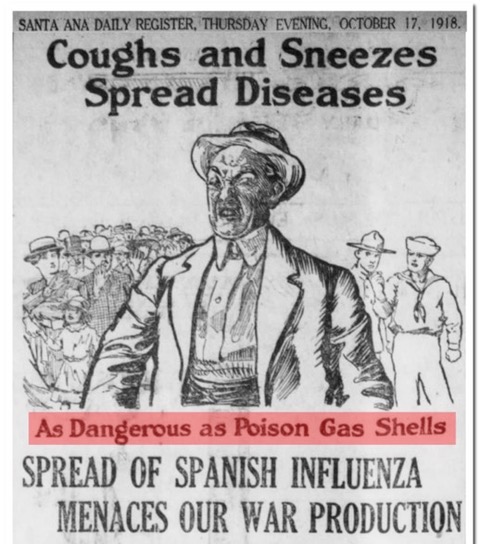 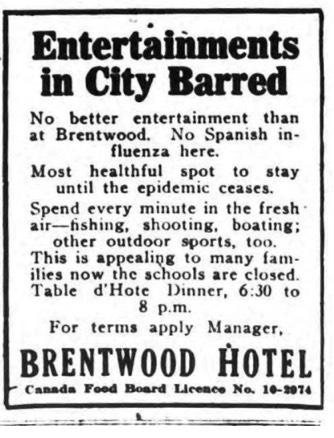 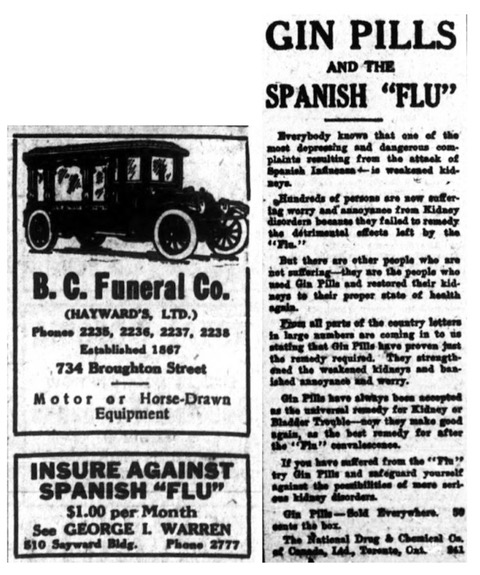 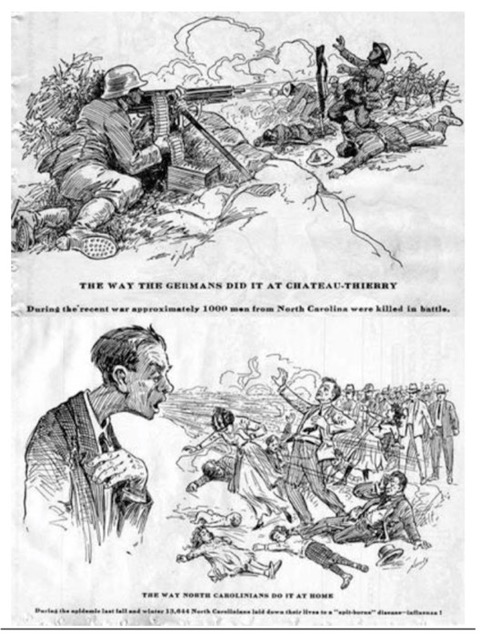 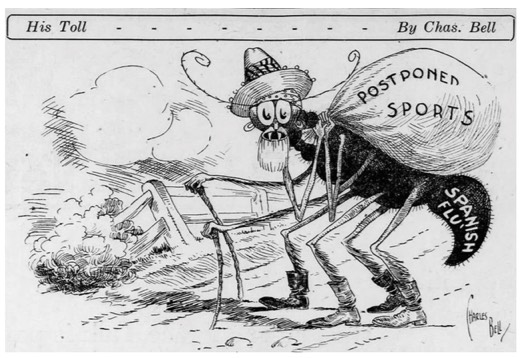 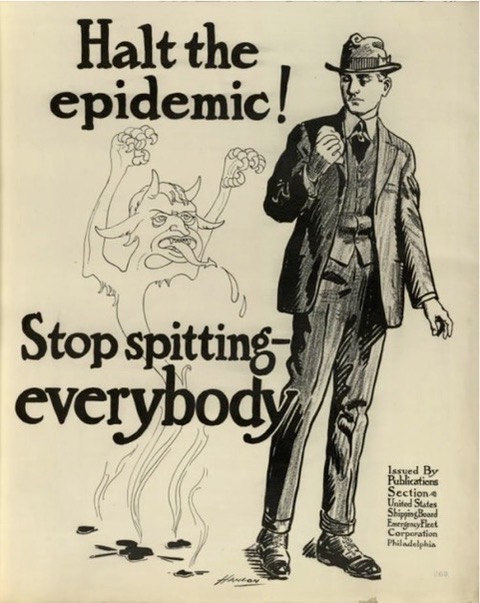 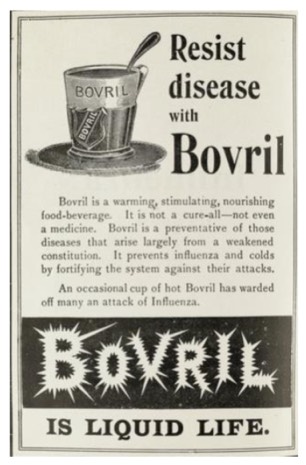 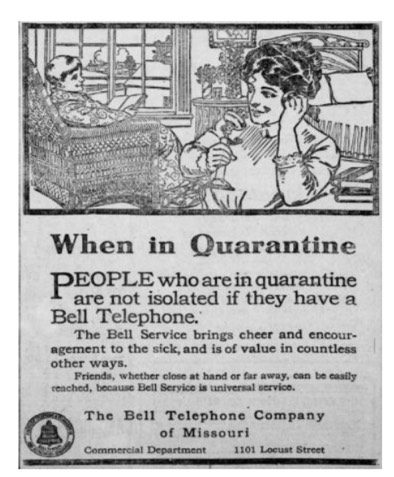