The normally invisible yet very real threat of UV radiation – and the danger it poses to young Australians – is the focus of a powerful new Cancer Institute NSW campaign, created and executed by 303 MullenLowe Sydney.

Targeting at risk 18-24-year-olds who are less likely to protect their skin from the sun than the general population, the new ‘If you could see UV’ campaign goes live this week across OOH, audio, digital display, social media, and in cinema in December with the launch of Avatar: Way of the Water.

It visualizes UV as radiant, ultra-violet arrows, to make a powerful point that if young people could see the scale and danger of UV descending on them from above, they’d protect their skin.

303 MullenLowe executive creative director Bart Pawlak said while public health and safety campaigns are traditionally strong at delivering sobering facts that successfully compel audiences to modify their behaviour, when a threat like UV is invisible, rational arguments “are not enough”.

Says Pawlak: “It’s a sobering fact: skin cancer is one of the biggest killers of young people in Australia. It’s also human nature for things that are out of sight to be out of mind, which is what makes UV radiation so dangerous. This truth became the inspiration for our creative approach. If we can help young Australians see the ubiquitous nature of UV and the damage it was doing to them in a way that captures their imaginations, perhaps we can compel them to take the necessary precautions before they next venture out.”

Cancer Institute NSW’s head of marketing, Matt Clarke, said while past skin cancer prevention campaigns had reduced overall skin cancer rates and averted some deaths, melanoma remains the most common cancer affecting young Australians: “Young Australians in particular seem less concerned and have less knowledge about UV radiation and skin cancer, so this campaign was needed to encourage young people to make life-saving behaviours part of their daily routine. Fortunately, primary prevention behaviours – including Slip, Slop, Slap, Seek and Slide – are still the most highly effective ways to reduce the risk of developing skin cancer. That’s what makes this campaign so powerful; it not only makes the seriousness of sun exposure more tangible to a young audience, but hopefully the preventative steps required more memorable as they go about their daily lives.”

The campaign will run throughout both regional and metro NSW initially through to March, with the creative concept expected to be used on an ongoing basis.

Says Pawlak: “The ‘If you could see UV’ campaign represents a perfect marriage between clients who appreciate the importance of imaginative storytelling and emotional appeal, and a team that had the chops to make it happen. All bound, of course, by a single-minded desire to save lives. A special thanks goes to Derin and the teams at Finch and Platige, for handling the creative concept with such care and attention to craft.” 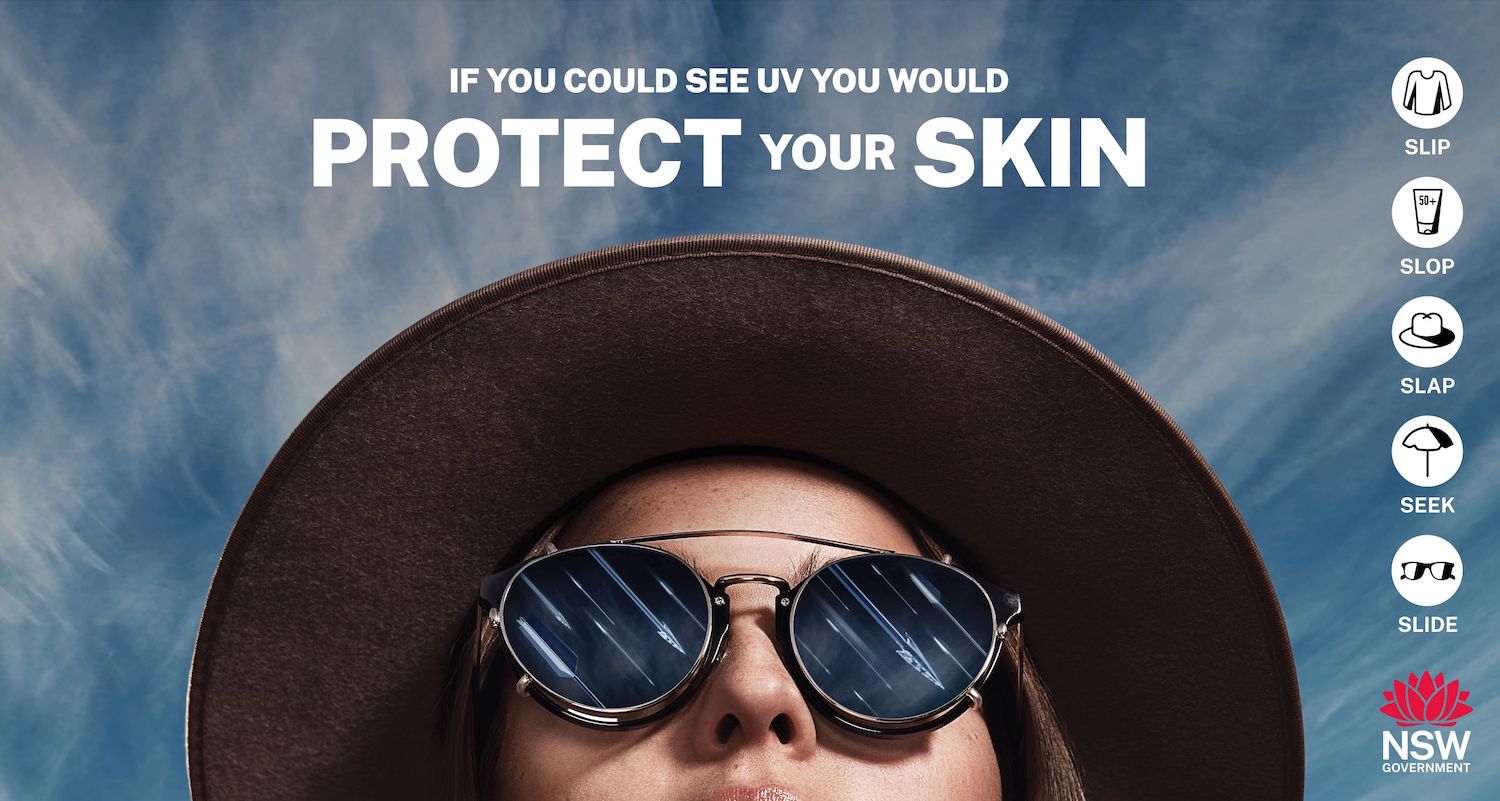