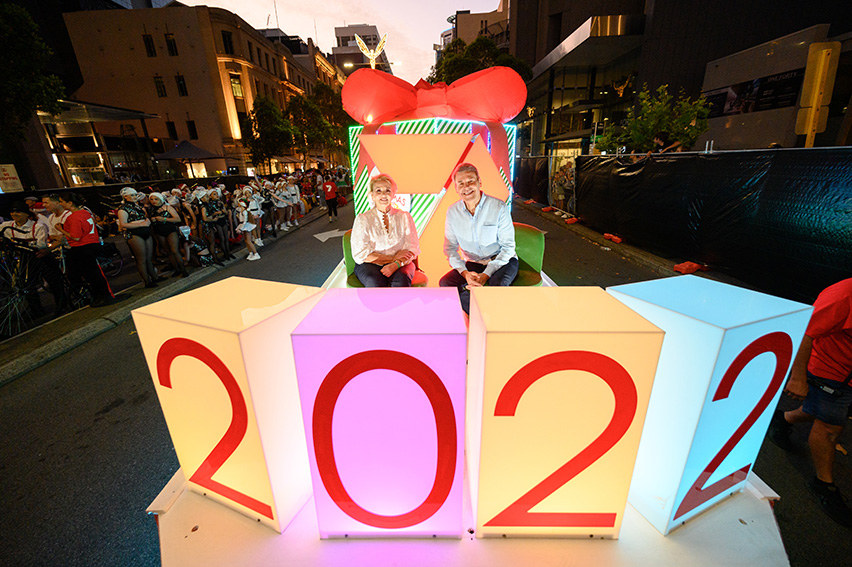 Perth’s CBD was sparkling on Saturday night as the Alinta Energy Christmas Pageant proudly supported by Channel 7, The West Australian, APM and the City of Perth transformed St Georges Terrace into a festive wonderland.

Thousands of people filled the streets to watch 20 themed floats illuminate the streets, accompanied by over 2,700 local dancers, musicians and performers.

It could be argued the best seats at the Pageant were from the APM couches. 4 very special guests were treated to an impressive front row experience to see the magic of the Pageant.

The parade was led by much-loved 7NEWS presenters Rick Ardon and Susannah Carr closely followed by Perth’s favourite feline, Fat Cat, who along with rest of the 7NEWS team, was full of Christmas cheer.

Chief Political Reporter, Geof Parry relished in the role of Captain Hook on the Pirate Ship, joined by Emily Baker as Tinkerbell and Rory Campbell as Peter Pan. 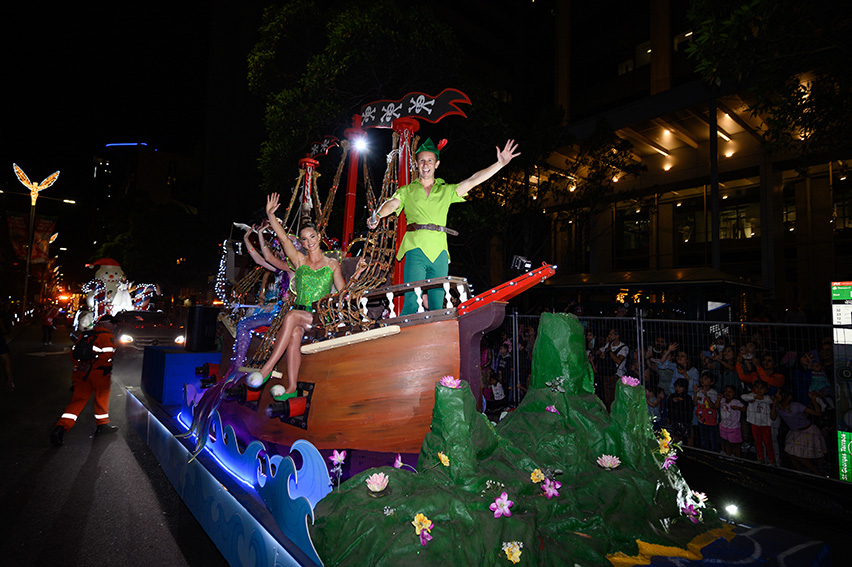 The Alice in Wonderland float was full of familiar Seven faces, led by Alice Murray in her namesake role, Tina Altieri as the Queen of Hearts and Ben Downie as her King.

For 7NEWS Weekend Presenter Angela Tsun it was a family affair with her daughters joining her on Santa’s Workshop while Tim McMillan was disguised as the mad scientist in his red Holden.

The West Live co-host Ben O’Shea as Nutcracker wowed crowds aboard the vibrant PerthNow float. On the beaming, The West Australian float, 6 lucky West Rewards Subscribers won the chance to be a part of the action on-board the float.

Perth Lord Mayor Basil Zempilas couldn’t help but get caught up in the excitement, declaring that “Christmas never gets old”.

“The pageant and the crowd this year were spectacular,” he said. “Perth was buzzing … it was really gratifying to see so many families enjoy the magic together. The pageant is one of our city’s great events. I’m very proud of the role Channel 7 has played for 50 years bringing people together and I’m just as proud of the City of Perth team for helping make this event part of the fabric of Perth.

“And it was extra special for me, for the first time my whole family were on the Paddle Steamer together. We’ll never forget it.” 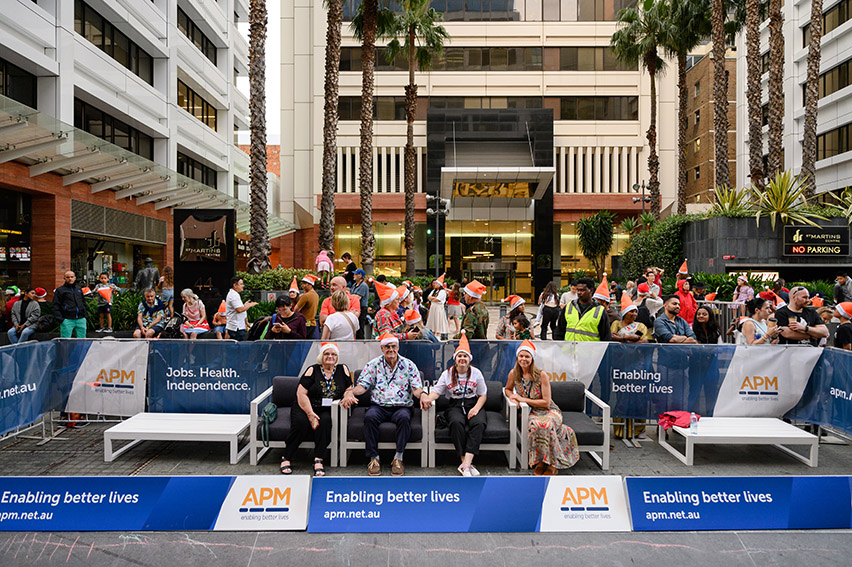 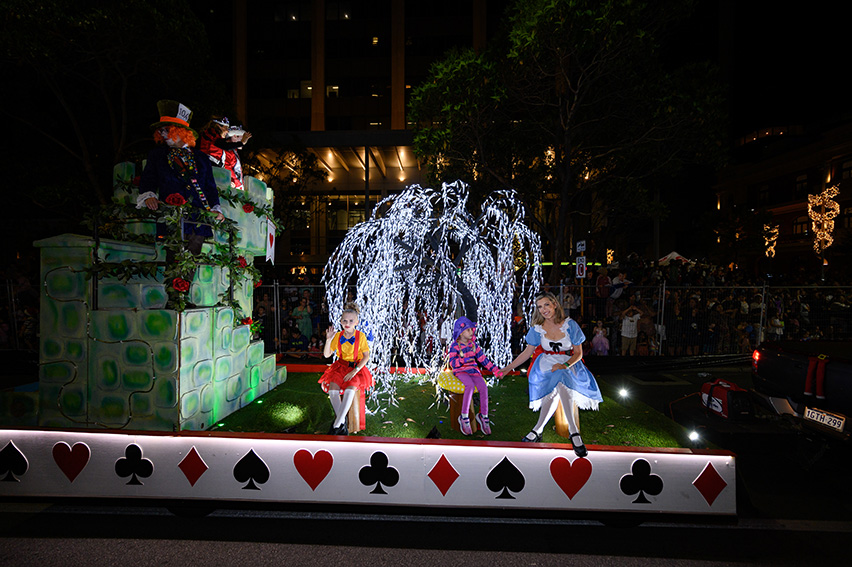 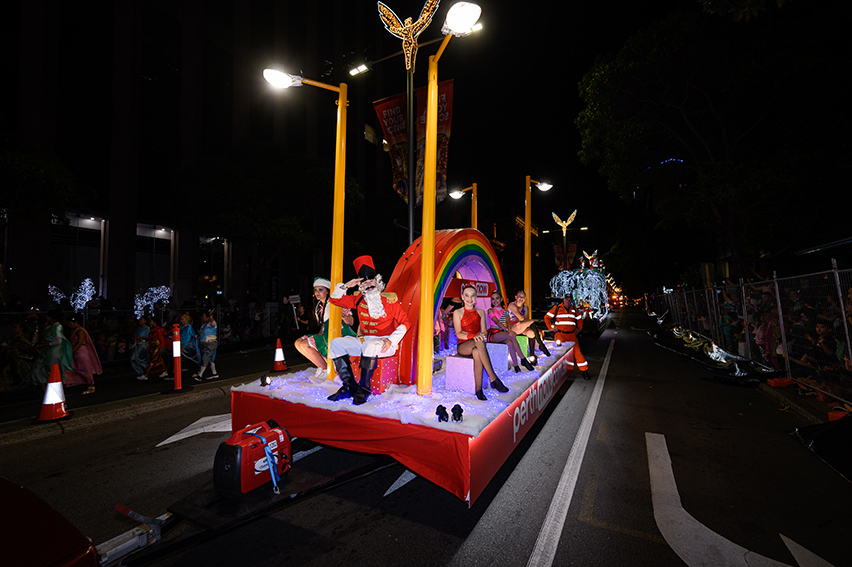 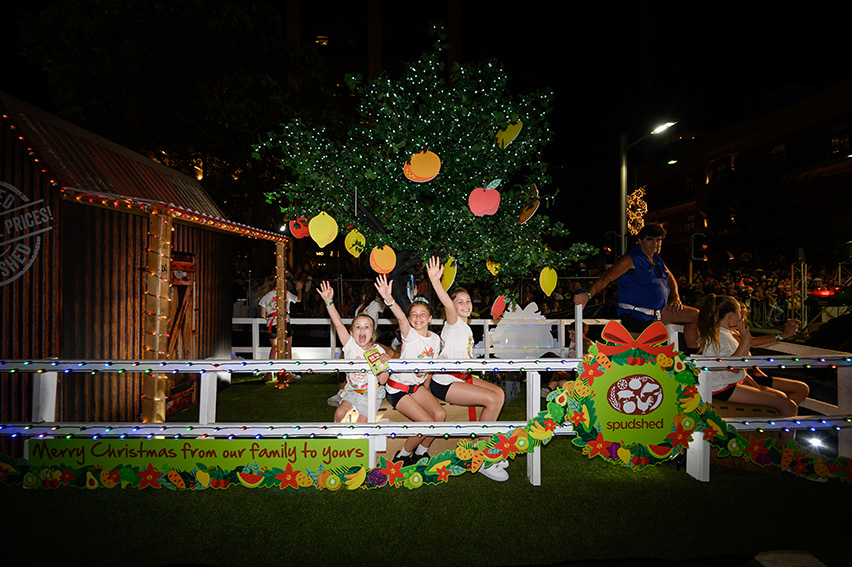 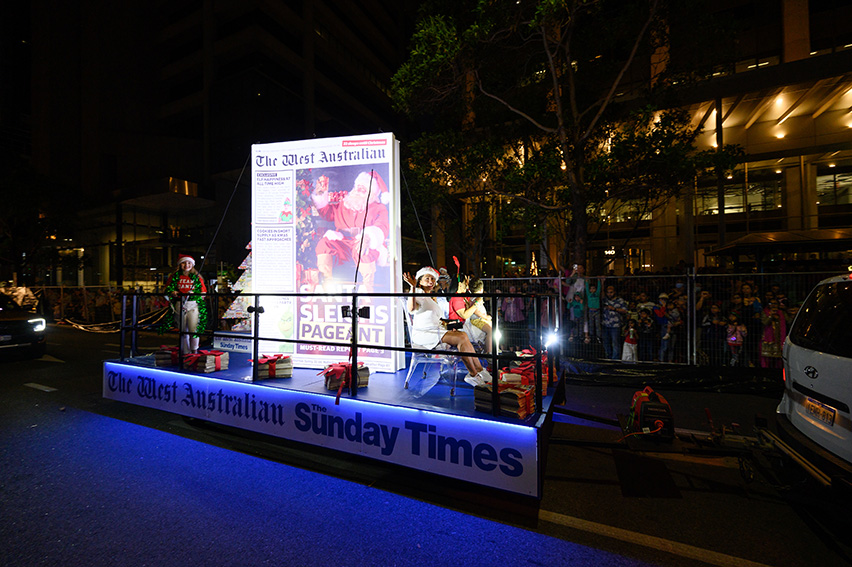 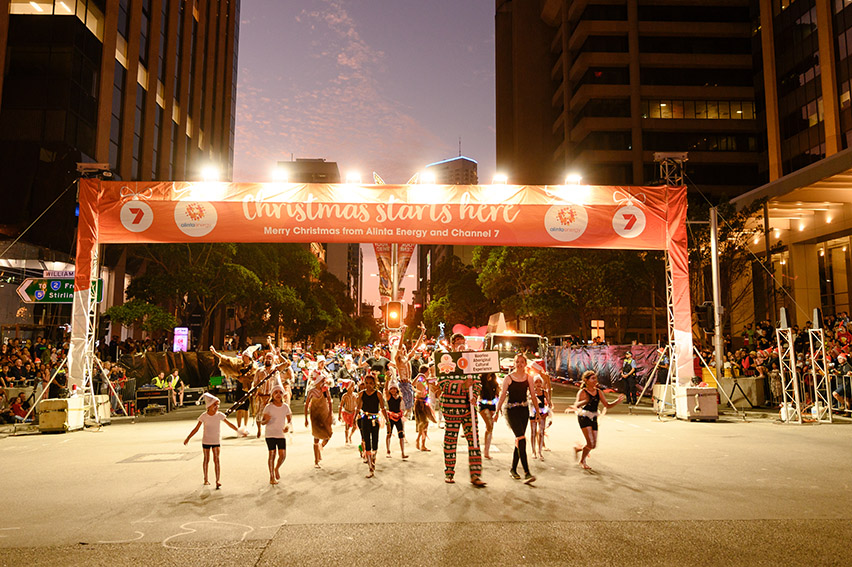 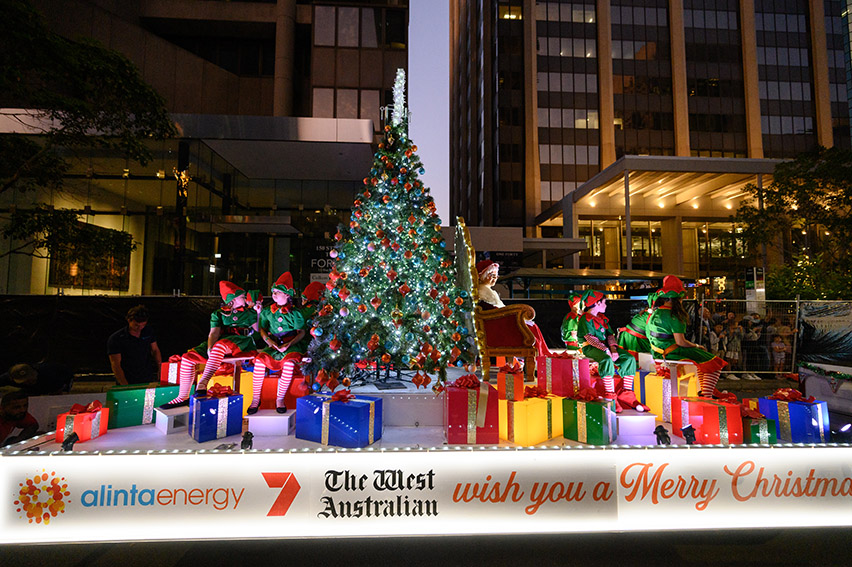 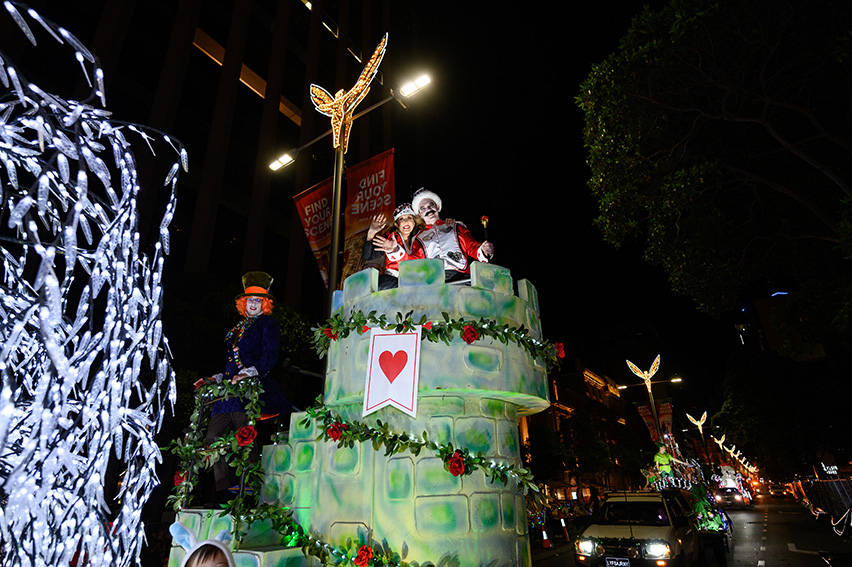 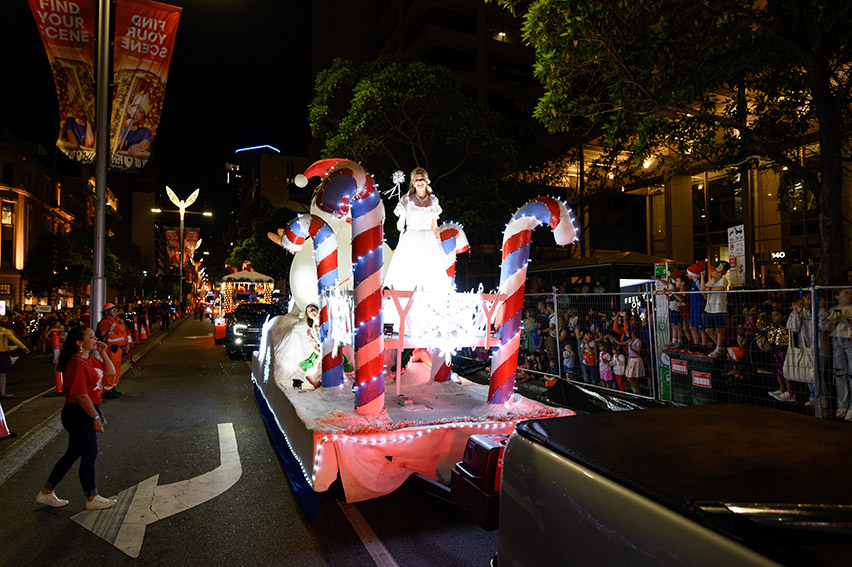 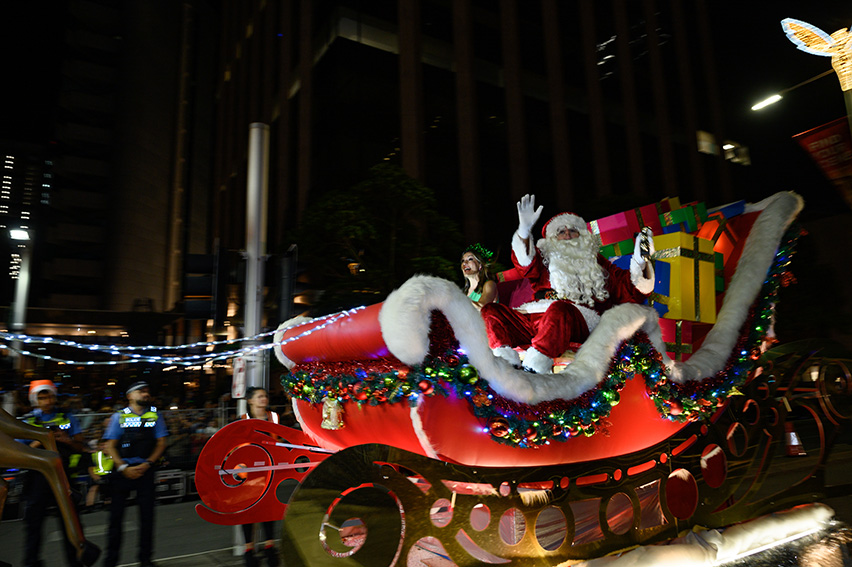 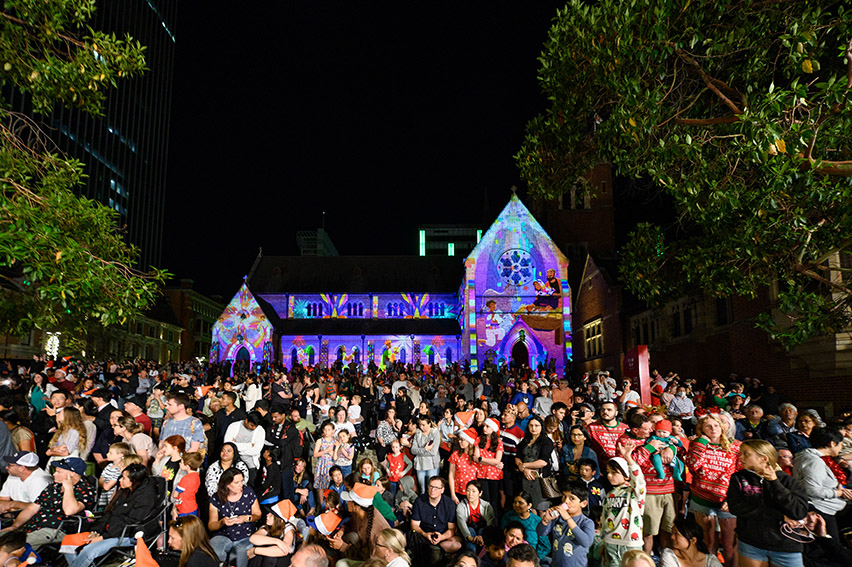 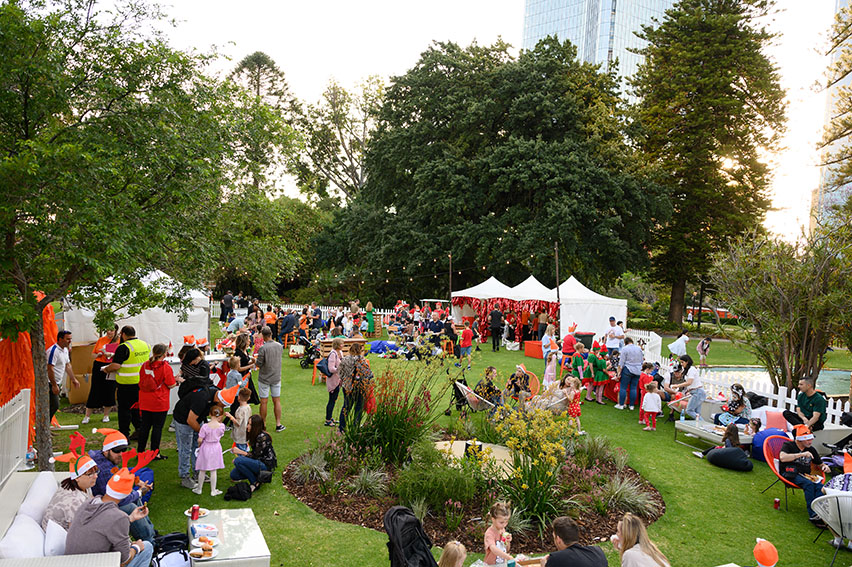