Campaign Brief partners with The One Club to host “Global Media Talks: Australia” at Creative Week 2021 this Thursday, June 10, 8am-9am 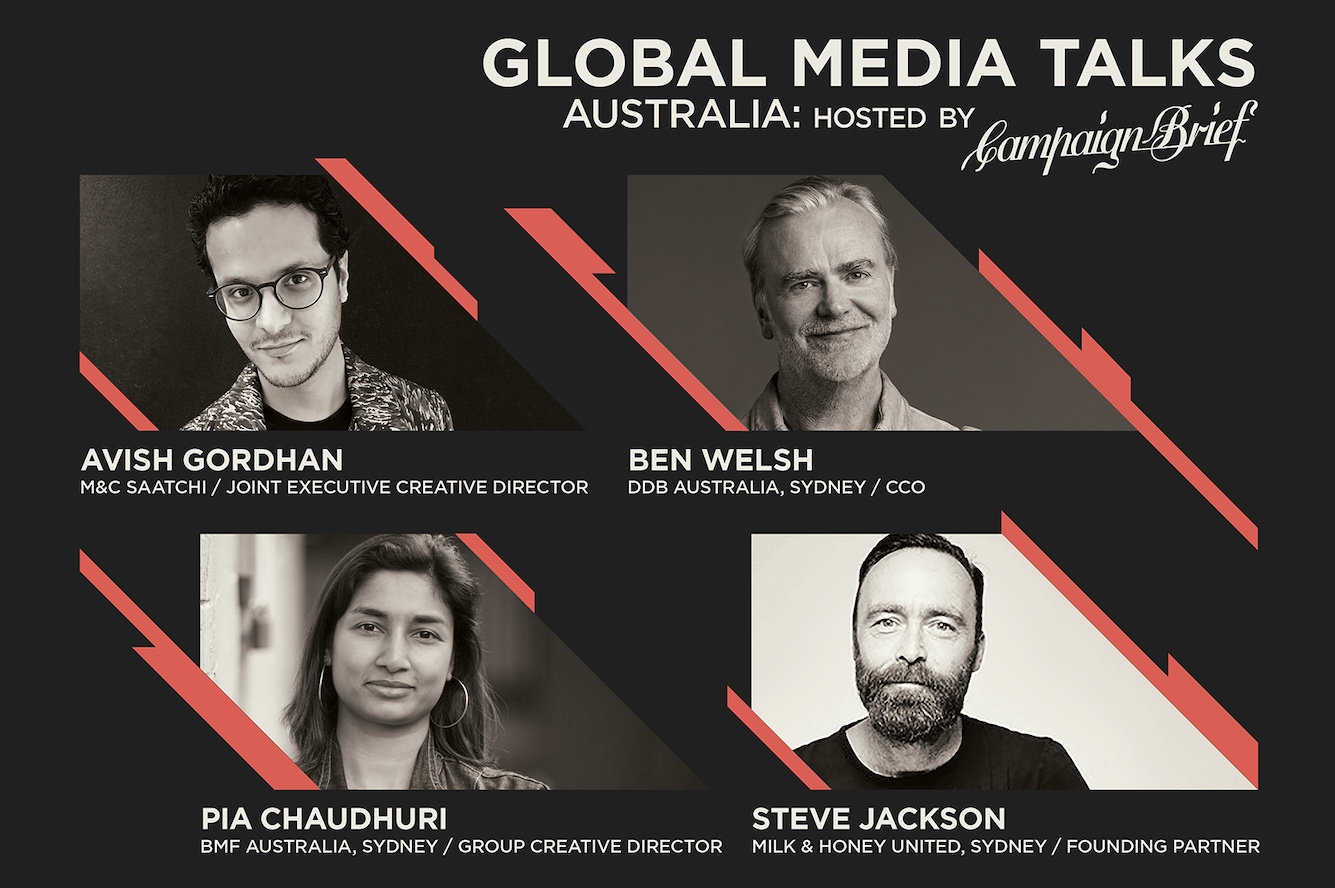 As part of global programming during The One Club for Creativity’s Creative Week 2021, Campaign Brief will be the exclusive Australia host of the “Creative Week 2021 Global Media Talks” online panel featuring some of the country’s top creatives.

The panel will be moderated by Steve Jackson, founding partner at Milk & Honey United, Sydney, the new independent communications company he co-founded with Andy DiLallo.  The shop was responsible for the The One Show 2021 “Only Judge the Work” call for entries campaign, which included a series of witty print pieces and the artfully crafted :45 film entitled “Lockdown Day Whatever”.

The session will be a lively discussion of current creative trends in Australia, the country’s best work of the past year and other topics of interest to the agency and creative world.

The “Creative Week 2021 Global Media Talks” panel series is hosted by a number of leading ad publications around the world.

Says Kevin Swanepoel, CEO, The One Club: “As a global organization, we’ve geared Creative Week 2021 programming to be a truly international festival. We’re excited to have Creative Brief as our media partner to help give Australia’s creative excellence a spotlight on our global stage.”

After last year leading the industry as the first global ad and design organization to produce virtual awards shows and hours of festival content programming,  The One Club is producing the online Creative Week 2021, June 7-11.

Under the banner “Connect. Provoke. Inspire.”, Creative Week 2021 will include awards ceremonies for The One Show 2021, historical ADC 100th Annual Awards, Young Ones Student Awards and TDC special awards winners, as well as dozens of general programming sessions, panels and workshops across four virtual stages.  In addition, a fifth stage will include the exclusive Executive Creative Summit for agency principals and a day-long Creative unConference.

Registration and ticketing for Creative Week 2021 is now open.  Content on the Awards Stage, including all One Show, ADC, Young Ones and TDC awards ceremonies, is free.

A Creative Week 2021 festival pass, providing access to all five days of awards shows and general sessions on the Awards, Main, Agency and Education Stages, is available in three tiers of pricing — $199, $149 and $99 — depending upon the country of registration.

The One Club for Creativity, producer of The One Show, ADC Annual Awards, Type Directors Club Communication Design and Typeface Design awards, Young Guns and Creative Week, is the world’s foremost non-profit organization whose mission is to support and celebrate the global creative community.  The One Show is a top global awards show for advertising, design and digital marketing, focusing on the creativity of ideas and quality of execution.  Established in 1921, the global ADC Annual Awards are the world’s longest continuously running creative award for advertising and design, honoring excellence in craft, design and innovation.  Creative Week takes place in June, and is the preeminent festival celebrating the intersection of advertising and the arts.