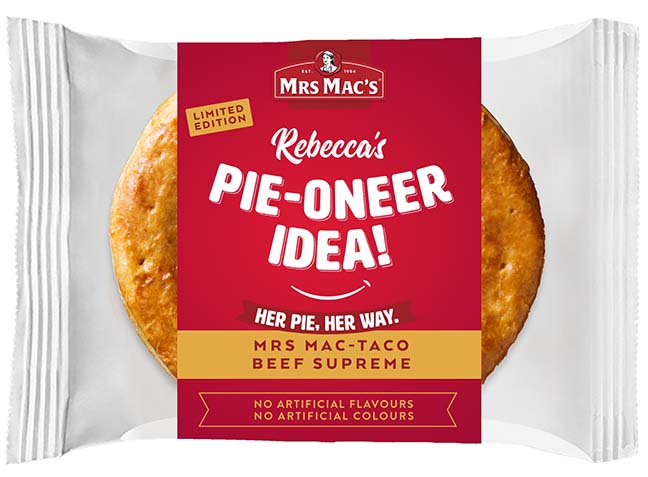 Mrs Mac’s, Australia’s most beloved pie bakery, has always known that Australia loves its pies. But even Mrs Mac’s was blown away by the popularity of its inaugural Pie-oneer campaign, with pie lovers across Australia submitting over 2,400 recipe ideas in just three short weeks.

Concepted and developed by Perth creative agency Firefly, the winning pie was selected through a two stage process. Four flavours were shortlisted by Mrs Mac’s and then more than 10,000 votes selected NSW’s Rebecca Watkins Pie-oneer creation – the Mrs Mac-Taco Beef Supreme as the overall winner with 64% of the overall vote.

Others vying in the final four were a Chicken Pie-migiana, Baked Beans Bacon and Cheese flavour as well as the classic Aussie Sausage Sizzle.

Mrs Mac’s Communications and Partnership Manager Nikki Bower said this campaign from Firefly proves how fiercely the public love the quintessential Aussie pie and that fans have provided the company with real insight into flavours they would love to see in the future.

“What came through loud and clear was it’s those tried and tested flavours, the nostalgic Aussie classics that had our audience most excited. When reviewing all the entries we were looking for not only something new we hadn’t baked here before, but a pie that would satisfy our true Aussie fans tastebuds. We were looking for flavour, tasty key ingredients called out and a catchy name to wrap it all up!”

Firefly Managing Director Andrew Mathwin said the campaign was concepted to captivate Australia’s love of the pie and provide deeper consumer insight into the types of flavour combinations we now expect from brands: “The company is gaining insights into consumer preferences and behaviours first hand and at scale; the commercial upside is significant,” he said.

Rebecca Watkins, the Pie-oneer winner, said she was captivated and inspired by the Pieoneer competition from the very start: “Who doesn’t love a taco?! Combining it with a real Aussie meat pie – now that’s something that could work and a pie I want to taste. [In this competition], I’ve loved thinking about all the different flavour combinations. I’ve been thinking about creative ideas and combos since the competition started running.”

The campaign is spearheaded by creative agency Firefly who have partnered with Nova radio nationally.

Rebecca’s Mrs Mac-Taco Supreme now moves into development and is expected to be available in late 2020. 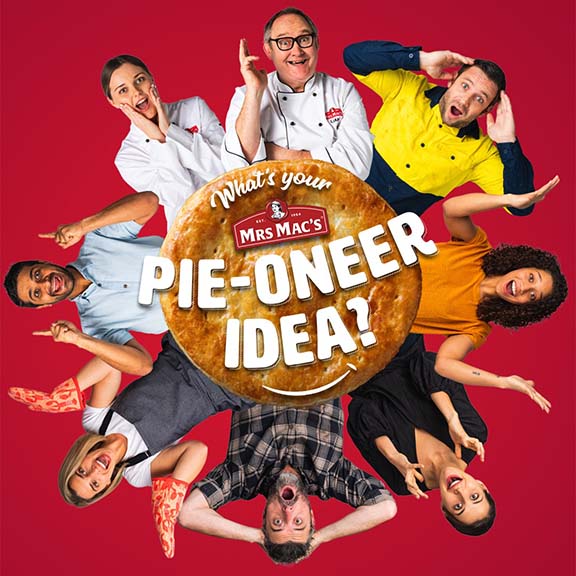